Observing what the 2013 Frederick mayoral candidates bring to the table 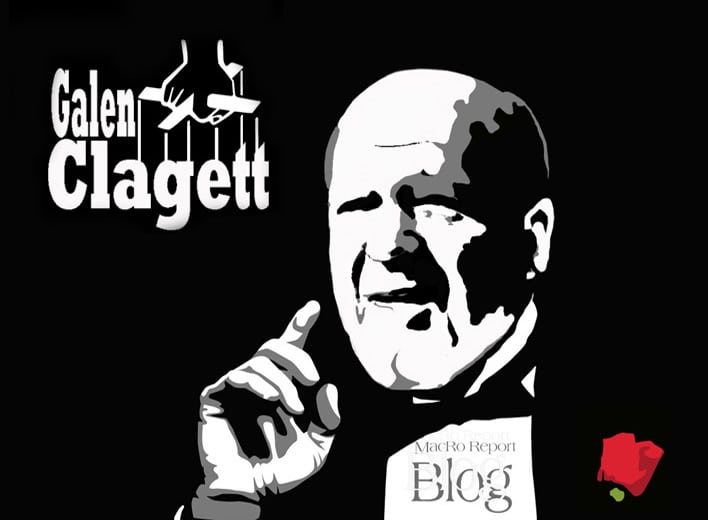 As most readers of the MacRo Report Blog know, I have not been a fan of Maryland Governor Martin O’Malley.

From PlanMaryland to his administration’s unfriendly policies toward business (and just about everything in between), the man who obviously has his sights on 1600 Pennsylvania Ave. continues to contrive new methods of extracting our hard earned money to feed the state’s addiction to increasing the power and scope of government.

That stated, this post is not about Martin … However it is about one of his advocates in the Maryland House of Delegates — Galen Clagett, who has recently declared his candidacy for the position of the Mayor of the City of Frederick.

Since his 2002 campaign victory to represent District 3A (which includes much of the City of Frederick), Clagett has gained a strong reputation of the man who can deliver funds, grants and programs that bring home benefits county-wide.

His political skills have earned him key leadership positions on the House Appropriations Committee, the Capital Budget Subcommittee, Oversight Committee on Personnel, and the Joint Audit Committee, among others.

According to his mayoral campaign website, in less than 10 years Clagett has been instrumental in delivering nearly $1.7 billion of funding and support to Frederick County for such things as Direct State Aid, health and social services, public school construction, and any number of capital projects for local public and nonprofit organizations.  Impressive … and very true!

One could say his accomplishments have been so impressive that he has gained the title of Frederick County’s political Godfather in Annapolis.

His reputation as the man who makes proposals that “can’t be refused” began in 1978, when Clagett won a seat on the Frederick County Board of County Commissioners. There he would serve two terms and eventually become president of that body, as well as gain strong experience in attracting new businesses to our county and thereby playing a key role in growing the job base.

In the early 1980′s Galen entered the world of commercial real estate, and would eventually establish and grow Clagett Enterprises, Inc. into a well recognized brokerage, development and property management firm in Frederick County and its surrounds.

So here’s a question for city voters this year: Is Clagett the best choice among the growing list of candidates for Mayor?

With a little more than 5 months before the September 2013 primary, should one consider more than Galen’s power of bringing home the bacon from his trips to the state capital?

Clagett’s voting record has run very close to the O’Malley party line.  Over the years in our conversations regarding controversial legislative issues, he will often claim that while he did not agree with the position of his majority party, since he knew the bill ”was going to pass anyhow,” he cast his ballot with his democratic colleagues, so as to not fall out of favor with the O’Malley administration … and to “get something for Frederick.”

Being a master political strategist, Clagett has shown that while standing up for principle is one thing, maintaining power broker status with key State House alliances is another.

Several years ago, I traveled with Galen and a small band of concerned citizens to Annapolis to meet with the Secretary of Transportation.  The mission was to discuss the concept of crafting a public/private partnership (PPP) to widen Interstate 270 into three and four lanes north of Germantown all the way to its intersection with I-70 in Frederick.  While none of us had a dog in the race, we were there as local business leaders to support Galen’s idea.

That idea spawned some interest, but as things often happen in bureaucracies, it went dormant.  That said and to his credit, Clagett has continued to be a promoter of the PPP concept, which has proven to be a method of expanding public services and programs … while at the same time save tax payer dollars.

Speaking of saving tax payer dollars, this raises another question.

The City of Frederick is in the throws facing some serious fiscal challenges — particularly in addressing its post-employment benefit and pension obligations, among many other issues.

We all know that the culture in Annapolis is to solve all fiscal dilemmas via raising taxes and/or robbing restricted fund accounts.  Case in point: the now familiar state transportation fund that was consistently drained to balance the State Budget and the proverbial Annapolis addiction spending.

The concept of actually cutting spending to the vast majority of our state elected officials is as foreign to our governor and his allies as a Sicilian is to Nome, Alaska.

So what about that question, you ask?

One may wonder: Does Clagett have the capability to break from his decade of being part of the “spend, then tax” culture in the State House to one of “cut and consolidate” in City Hall?

From an economic development perspective, while the City has gained its share of new businesses, many avoid moving within the Frederick city limits due to the simple fact that the total real estate tax bill is nearly twice that of a similar property located in the county … So for this reason alone, the city can not bear an increase in the property tax rate.

If anything, the city rate should be lowered.

Candidate Clagett brings a very interesting skill set to Frederick’s 2013 Mayoral race:  the political power of a godfather, who also has valuable private sector experience, but also one who has earned a voting record of increasing taxes and spending to expand government.   On top of that he also has the wisdom of knowing the value of public-private partnerships and appreciating the necessity of having a healthy economic development program.

Some may say that these conflicting approaches to governing don’t bode well for the average candidate seeking higher office.  But Galen is no ordinary politician.

As of this writing Mr. Clagett has a very thorough and impressive mayoral campaign website posted for the public to view.  The only tab however that lacks anything other than “… check back regularly …” is the one labeled Issues.

Could it be that there will be no issues of concern … if the Godfather succeeds in gaining the power seat in City Hall?

After all wasn’t it Don Corleone who told Johnny Fontane: “… Now, you just go outside and enjoy yourself, and, uh, forget about all this nonsense. I want you, I want you to leave it all to me.”

Stay tuned for further thoughts on the Frederick’s mayoral race in future posts.