Answering to a higher calling, this candidate for mayor aims to make Frederick more environmentally friendly! 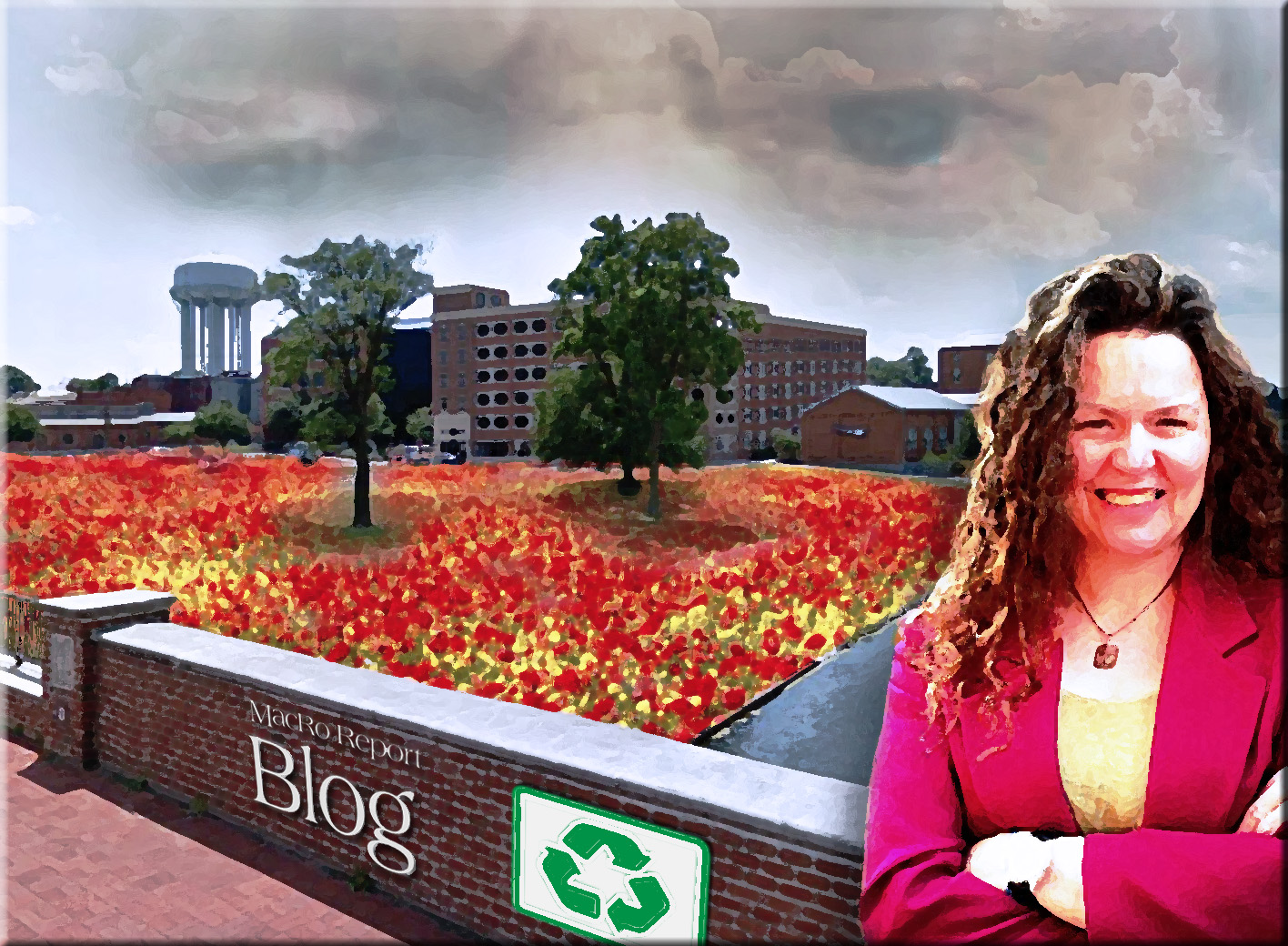 When I began this effort six months ago, I figured that it would be quite fun to write about people I have known for a long time.

As luck would have it, out of the seven candidates who threw their hats into the ring of Frederick’s mayoral race, I consider six of them to be friends — Galen Clagett, Jennifer Dougherty, Randy McClement, Karen Young, Shelley Aloi and Jeff Holtzinger.  That stated, it has been an interesting challenge to balance my perspective with their positions on any number of issues that the fair city of Frederick faces in the years and decades ahead.

… and then along came Carol A. Hirsch, who quietly filed for the race on the day of the deadline.

“Carol who?” I asked along with many others.

It wasn”t long before I learned that she is a member of the county”s deaf community and has made her platform one that is all GREEN.  Her goal is to make the City of Frederick the most environmentally friendly in the nation … a model city that others can learn from.

While I am a big advocate of recycling, minimizing waste, preserving farmland and saving forests, I have also stated on many occasions that I believe that some of our politicians have gone way overboard with very restrictive environmental legislation.

Putting my opinions aside, I wanted to get to learn more about Carol and get to the heart of what inspired her to jump into the fray.

I made a point of introducing myself to her at the Roundtable Candidate Forum  held on July 8th at  the Faux Factory downtown along the Carroll Creek.  Without an interpreter available, all we were able to do was make eye contact, shake hands and I handed her my card.  Later on that evening, I was impressed to see that candidate Shelley Aloi used her American Sign Language (ASL) skills to communicate with her.

This got me to wonder why more of us in the Frederick “hearing community” don”t make more of an effort to learn ASL?  Maybe FCPS should make it part of the required curriculum in our schools?  While Spanish and French are foreign languages, ASL is one of this country”s languages.  Hmmm?

As I have done in preparation for all the candidate profiles, I began to read about Carol on the web and in the Frederick News Post.  In addition I heard her August 10th (hour 1) interview with host Pattee Brown on Frederick”s Forum on 930 AM WFMD.

Last week it was my turn.  Carol and I spent nearly an hour on a conference call with her interpreter.

So, why did Hirsch decide to enter the race?

She describes herself as a strong leader, who has volunteered a lot including PTA and has served as an officer in the local chapter of the Junior NAD program at the Maryland School for the Deaf.

Carol states that as a cashier at Wal-Mart, she interacts with 300 to 500 people per day, has “a great work ethic and very good communication skills.”

She believes that it is time for her to get involved in government and use these skills to benefit the broader Frederick community.

But what was the spark?

Hirsch says that she was deeply moved by former Vice President Al Gore’s 2006 movie An Inconvenient Truth,  and combined with Gore’s 2000 lost bid for the presidency, she became very focused on the environment.  She began to think about what Frederick can do to stop global warming, and believes that under her tutelage as mayor, she can lead it to become “the grass roots” of a movement that other cities can learn from.

Frederick, she says, has any number of opportunities to expand its recycling program, like making the bins larger and increasing the number of collection times.

Bettering the environment will give the community cleaner and more healthy air to breath.  “People are getting more and more sick,” states Hirsch. “Who is going to take care of these issues, if we don”t?”

She sees this effort as a challenge and an opportunity “to experience an advancement in this area … and work together with other communities.”

Solutions to other pressing issues facing the city:

Of course the city has a number of other challenges, and Carol knows that some of them will not be easy.  But her approach to resolving all is very simple and straight forward:

1.            How should the city deal with its unfunded pension and OPEB liabilities?  – The candidate asked “How did that happen?”  Then acknowledged that the unfunded liabilities that the city owes its current and retired employees is a serious problem; therefore “we need creative ideas and [get people] to work together to analyze the issues.”

3.            Then sell Hargett, right? — She does not think that it is a good idea for the city to sell the 148 tract of land purchased during the Holtzinger administration.  We should keep it as a farm and expand its productivity by getting volunteers to work the land, she says.  It can be used as a place “where we can bring students in to learn more about farming.”

5.            Should the city government support a downtown hotel/conference center? — Without hesitation her answer is “no.”  As a matter of fact, Hirsch believes that Frederick already has plenty of hotels with no need for any more.  Besides, she adds if a hotel were to be built downtown, it would cause serious traffic congestion.

6.            What is her solution to bring in more downtown development? — Plain and simple Carol states that “we don’t need to be putting up any more buildings … [as] there are so many vacant properties around … we should fill them first.

7.            What should be done with the empty land along East Street corridor near the Carroll Creek?  — “Turn them into a nice place for people to go when downtown,” she states. “Plant them all in flowers” and make that a “Feng Shui area for the city.”

With your two opponents (Clagett and Young) raising over $100,000 in campaign contributions, knocking on doors and putting up signs all over the city, what is your strategy to win the Democratic primary on September 10th?

“Yes,” says Hirsch, “they have raised a lot of money.”

She continued by asking me to imagine how many poor people could be fed with all that money.  That she says is a “wasteful use of money.”

“Everyone expects you to put up posters,” added Hirsch, “but I don’t want to harm the environment … as for me, .”

She concluded by telling me that she is getting the word out and reminded me that she did a radio interview and has a Facebook campaign going.

In my research I also noticed that she was featured on “Around the News” on August 20, 2013 as part of the Deaf Newspaper’s YouTube channel, where CEO & Founder Ken Davis applauded her for her courage and offered her congratulations for entering the mayoral race.

I too, congratulate Carol Hirsch for jumping into the campaign.  Many in the “hearing community” may think that she is a bit naïve about the serious issues that face the city.  Be that as it may, I sincerely appreciate her willingness to remind the citizens of Frederick that there is a vibrant deaf community that resides here too.

Maybe it”s time that more of us listen to what the deaf in Frederick have to say!

So, if you are a registered voter residing within the City of Frederick … make sure you get out and vote!