Can the self proclaimed “git ‘er dun” guy get it done in the city’s September  primary election for mayor? 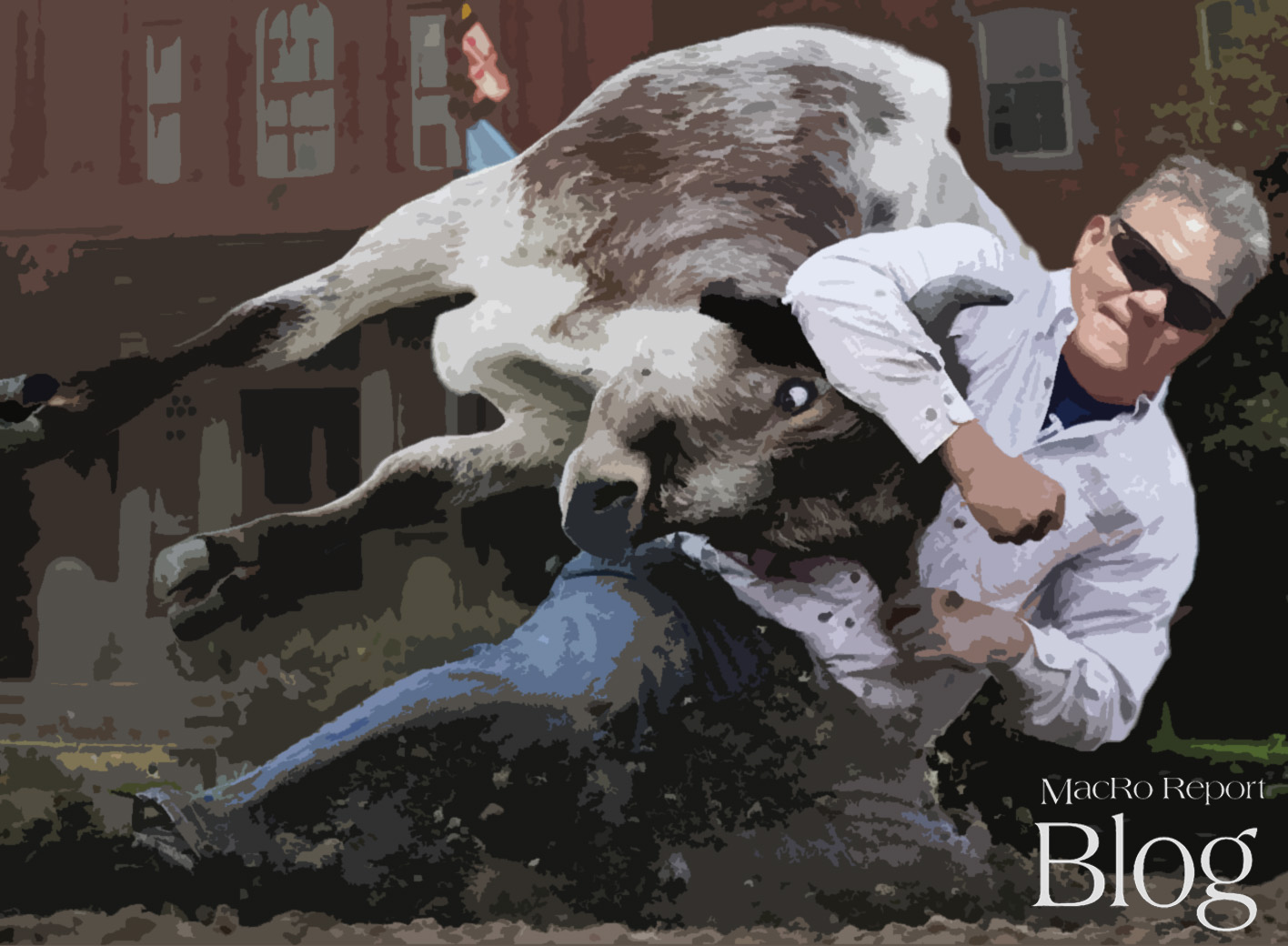 For the man who said just four years ago that he had no interest in seeking a second term to serve as the Mayor of the City of Frederick, Jeff Holtzinger has made a complete 180 degree turn by throwing his hat in the ring one week before last month’s filing deadline of July 2nd.

Holtzinger is back, and is ready to take the “bull by the horns and git ‘er dun!”

The Republican stakes his credibility on a reputation of telling his constituents what he planned to do once elected as mayor in 2005 and then accomplished those goals before he left office in 2009:

Upon reviewing the above it doesn’t take long for one to realize that he is a practicing civil engineer.  As a matter of fact he served as the Frederick City Engineer under his mayoral predecessor Jennifer Dougherty … which by the way did not end well.

Within his campaign literature he states that “understanding a problem is essential to solving it, and this is what I believe separates me from the other candidates in the mayoral race.”

I had an opportunity to sit with Holtzinger over lunch recently.   I asked him to elaborate on that statement … because if you are paying attention to all the rhetoric among the 2013 city office seekers, there are apparently a lot of “problems” that need to be solved.

So let’s take it from the top.

In 2009 after a lot of legal action, then mayor Holtzinger won the right to acquire a 148 acre tract of real estate on Butterfly Lane that was slated for a residential housing development.   It was the mayor’s strong desire to develop it into a regional park.

At the very hefty price of $18 million the city has carried the property at the cumulative cost of nearly $5 million during the four years since taking title.

Is it still realistic to expect his vision to become a reality?

“It’s a hell of a lot of money, I know that,” he states, “but I think it is a good long term investment … you can not quantify the quality of life” especially for those living in the neighborhoods near the Golden Mile.

He remarks that the city has a number of small neighborhood parks that never have enough parking and are not allowed to install lighting.

Consider for example that “the city spent all this money putting in an ice skating park in Baker Park near Schifferstadt … and then they can’t put lights up, because the [nearby] residents don’t want it, and I don’t blame them.  Same thing happened in Max Kenne Memorial Park.”

With very tight budgetary constraints that include over $100 million in unfunded city pension contributions, how can the city continue to afford to carry Hargett?

“I’d look internally,” he says. “I’d be resourceful … you’re going to have to carry it like you do any other capital project.”

“What will it cost to develop Hargett into a regional park?” I asked.

Well, “… I don’t know for sure, but it will surely be less than the $3,000,000 an acre the city is spending on the Carroll Creek for surface improvements.”

When asked on July 8th at the Roundtable Candidate Forum at the Faux Factory about the funding for next phase of the Carroll Creek improvements, Holtzinger gave many a negative impression for the project.

I asked for a more of an in-depth response, and he replied with the following:

“I know I ticked off a few people when I compared [my vision of the future for the] Hargett Farm Park with Carroll Creek [that evening].”  He believes that the Carroll Creek is not making the City any real money.  “The analysis I had done when I was the mayor showed that Carroll Creek is sucking wind to the tune of $800,000 to $1,000,000 a year.”

“It is an attraction,” he states, “but I would cut back the scope somewhat … like make it a 10 or 12 foot [wide] walkway … and then have [developers] finish it off” as sites along the creek are improved.

The once and future mayor hopeful thinks that the differential in funds should be spread out to other projects, instead of just concentrating all our money in one place.

“On top of that,” he says, “the city does not have a good track record of sticking to the construction budgets … a lot has to do with the fact that the [design] plans were not [drawn] that great.”

“You know I hear all about how we are creating a world class park,” he continues, “but to me we have experienced a lot of world class change orders, and I suspect that this will happen again on the next phase.”

One of the serious issues that Holtzinger believes is holding back downtown development, among other areas within the city limits is the LMC.  This complex book of rules and regulations that was adopted as he came into office in 2005 includes the city’s zoning ordinance … and much more.

“I don’t think the LMC can be fixed,” he states bluntly.  “I really think that someday someone in law school will use this code as an example of what you do not do [when writing] a land use ordinance.”

It is so confusing that “it leads to conflicts,” Holtzinger continues, “… it does not produce consistent results.”

On small properties things are often taken to extremes.  As an example he “was hired to assist in getting a handicapped parking spot moved — shuffle a parking space around … they [planning staff] wanted us to do a boundary survey … ridiculous!”

“It’s hard for a lot of the staff to take the mile high view of the LMC,” says Holtzinger.  “They get caught up in trying to make each provision perfect, and [therefore] don’t see that the whole thing doesn’t fit together.”

I had to ask:  What made Jeff throw his hat in the ring a week before the filing deadline?

Did he get the word that Shelley Aloi was going to jump in at the very last minute?

Plain and simple:  He has lost faith in the Mayor’s ability to do that “git ‘er dun” thing.

Holtzinger says that he “had hopes that Randy, coming in with what I thought was a small business guy with a common sense mentality … well, I just don’t see it in him.”

No question about it, Jeff likes road projects, and he had several plans queued up for his successor.

He says that once McClement was elected, “I spent a lot of time driving Randy around to show him this stuff, and even though he didn’t have the background, I had hoped that he would use the good people we have” to keep the momentum going to completing the preconstruction stages of these projects.

Jeff understands that the city has to deal with tight budgets, “but why not work on getting stuff designed and permitted right away,” he says for “public works projects like Christopher’s Crossing, Kemp Lane, Old Camp Road and Monocacy Boulevard … and again, here we are stopped … there is no reason not to have these ready to go … when funding comes available!”

On the topic of the Mayor’s working relationship with his board of Aldermen, Holtzinger in his no nonsense way states “I think they run rough shod over him.”

As for his staff, the former mayor thinks that his successor “gets caught up in the minor issues, and does not give good direction on [the] big issues.”  They are often “left flopping in the wind … sometimes they end up taking a beating at the Mayor and board meetings, from what I have heard.”

… and my final question to the candidate:

How are you going to win this election?

“Ahhh, I don’t know that I know that answer” was the first thing out of his mouth.

Upon further reflection, the man who still practices law, provides engineering services to many clients, including acting as the official engineer for the Town of Brunswick, and helps out with football coaching at Thomas Johnson High School (among many other things), says:

“Well, I think what I gotta do is really burn the candle at both ends and walk neighborhoods … I’ve never been one that has been great at raising funds, and I didn’t do it last time either.”

“I have to hit as many neighborhoods and talk to as many people as I can and point out that last time when I was in office, I think we did a pretty impressive amount of road work … we just took the bull by the horns and we did it.”

My advice to the candidate regarding what he needs to do over the next few weeks:

Take the bull by the horns and git ‘er dun!