Are real estate developers in Frederick County, Maryland really rolling in taxpayer subsidies granted by the Blaine Young lead board of county commissioners? 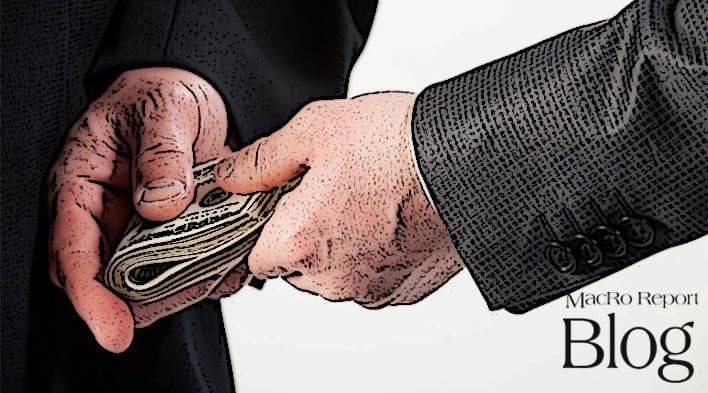 The race between Jan Gardner and Blaine Young for seat of Frederick County’s first County Executive has brought our community into the world of big time political battles.  With nearly one million dollars having been raised and spent by these two candidates, there has not been an outlet of mass communication that has been left out to persuade the 140,000 potential voters.

Statements made on both sides have raised the exaggeration bar to new limits, but one issue in particular has left me scratching my receding hairline.

Consider the following from Gardner’s issues section of her campaign website:

Jan will protect county taxpayers and end taxpayer subsidies including the over $160 million in taxpayer giveaways approved by the Young Board.

For one who doesn’t know any better, that will open a couple of eyes … that is, if the voter really cares.

I’ve heard this statement on the radio, in direct mail pieces and even from her in debates with Young.  But what does she mean by that?

It seems that the Democratic candidate is targeting two particular areas that Republican Young and most of his fellow commissioners have acted upon during the last four years:

This board of county commissioners has reduced fees associated with building permits and zoning certificates, plumbing and electrical permits and license fees, inspection fees and development review fees, as well as the elimination of building excise taxes to name a few. To even imply that a reduction of these fees is a gift to home builders and real estate developers is just plain silly.

In an October 24, 2014 letter to the editor in the Frederick News Post, Harvey Alter (with whom I have not had the pleasure of meeting) authored a simple piece entitled “Send in the Clowns.”  He outlined the simple economics of capitalism stating any fee that is charged to builder or developer is just passed on to the end user … that being the home buyer. In the competitive world of the private sector, the concept of supply and demand for a product keeps prices in check. If a contractor cannot make a fair profit on the services he provides or the product he builds, well that can only go on so long before he’s out of business.

Frederick County is a very desirable place for people to live, work and play as we say around here.  Over the years, government has tacked on so many fees and charges to real estate related building and development that those costs alone now approach nearly $50,000 before one adds in the land, materials and labor to construct a house … and that is the same for the do-it-yourselfer! So much for affordable housing.

So, to say the least, Gardner’s claim on this point leads me to wonder what kind of “degree” in finance she actually earned.

Then there is the matter of Tax Increment Financing. What is a TIF, you ask?

Tax increment financing is a public finance mechanism by which local government use bond proceeds to make public improvements that are necessary to spur private investment in a designated area.  The new private investment is expected to raise property values within the designated area, which, in turn, increases property tax revenue. The increased tax revenue or “increment” is set aside to amortize the bonds that were used to pay for the public improvements.

TIF’s have been used throughout the country for decades.  Just surf the name via Google, and you will find that governments of very large and small cities, towns and jurisdictions have taken advantage of this very creative method of addressing the burden of costly infrastructure for projects that they are value enhancing to a community.

The state of Maryland has laws with very strict rules and regulations that outline how a TIF is to be used, which safeguards our citizens against potential abuse.

Prince Georges County approved a $65,000,000 TIF bond for the development of the infrastructure for the 73 million square foot development project known as National Harbor along the Potomac River.

The City of Frederick has issued TIF bonds for development projects in past years, and, of recent note, discussions are in process with the Plamondon Companies to finance infrastructure for the downtown hotel conference center on the former Frederick News Post site.

No matter how one cuts it, the use of Tax Increment Financing is by no means a giveaway to commercial and residential land developers!

The Lake Linganore development has been the red-headed step child of Frederick County for almost a half century. The matter of its failing public infrastructure has been avoided by previous boards of commissioners time and time again until the Young administration decided to do something about it, which should bring new life and property value enhancement to the project that Gardner’s board sent into bankruptcy during her tenure. It is safe to say that a large percentage of the existing residents in Linganore are pleased with the benefits a TIF will bring to their community.

So to add up the all of the $160 million of so-called “giveaways” and to imply that Frederick County real estate developers pocket this money defies even high school mathematics and basic economics.

Frederick County is only days away from the final votes being cast for County Executive; so if you haven’t already done your duty, think hard about who understands the laws of supply and demand.