Amidst a national GOP tsunami, in Frederick County was the local election all about Blaine? 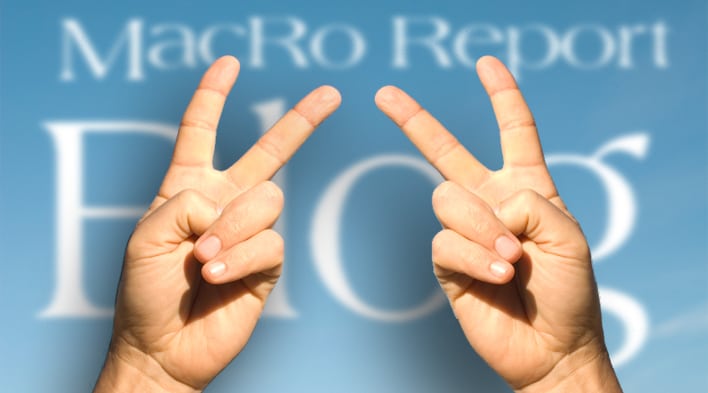 Pulling an all-nighter now-a-days for me is staying up until the witching hour of 12:00 AM; and Tuesday night was one of those times.

My plan was to pen an election wrap-up post for the week after the big event, but the results in many ways were startling enough to address things on the morning after.

From top to bottom it appeared that there was going to be a shift in the political sentiment nationwide away from President Obama; but very few saw the sweeping victory that Republican Larry Hogan would achieve … except maybe Blaine Young.

Yes, it was in more than one of the many County Executive debates between Democrat Jan Gardner and Republican Young that he predicted a Hogan victory.  Asked in the September Gorilla Magazine event how the widening of MD RT 75 would be addressed to service the planned real estate development project known as the Monrovia Town Center, when the State of Maryland had no transportation funds for the project, Young stated that he had already spoken to the next Governor Larry Hogan, and he was assured that the money will be there.

The audience, consisting predominantly of Gardner supporters, responded with a roar of laughter and head shaking that made it clear most thought Young had to be delusional to say such a thing.

For Marylanders to reject Anthony Brown by a nine point margin could only mean one thing … they are really fed up with Martin O’Malley’s reign.

Nationally, the voters sent similar messages to other state houses and gave a strong majority of Republicans to the US Senate and Congress.

But what about Blaine?

Yes, he lost his bid for county executive by a wide enough margin (46%/54%) that by even closely aligning himself with the Michael Hough campaign machine and Larry Hogan himself, it just didn’t happen for him.

Young laid out a strategic plan for the county four years ago that was based upon campaign promises he made at the time … and achieved them all.  He reduced taxes and restored zoning to properties that was lost under Gardner’s previous rule, but along the way many were not happy with his style.

Was it Gardner’s positives or the negatives that had been thrown at Young?  He was portrayed as boastful bully who ruled Winchester Hall with an iron fist and a lack of sensitivity to constituents who disagreed with him.  Blaine countered by admitting that he had changed his ways after earning an MBA from Mount St. Mary’s University.  He probably knocked on 35,000 doors and raised more money than probably all of candidates in the last 4 county government races had combined.

In previous local elections, it has been very apparent that when the national tide shifts from one party to the next, so goes Frederick County. And that may very well have been the case this time with the county council races which gave local Republicans a majority.

Often, I have written this phenomenon off to a lack of interest on the part of Frederick County voters in local issues.  Meaning that a majority will show up at the polls to vote on state and national issues, but then as an afterthought vote the party line in the local races.

But not so for Blaine Young this time.

Clearly with Gardner entering the race early and building a grass roots effort, she was able to overcome the eventual GOP tsunami and the massive amount of funding that was spent to promote her opponent and portray herself as an acceptable alternative to current county government leadership.  Whether the messages her supporters touted were true or not is immaterial at this point … the fact is that they showed up and voted based upon what they believed to be true.

That, in and of itself means they were actually paying enough attention to vote their consciences rather than just their party affiliation. To that end, this is a good thing.

Of course, as most readers of this blog know, I was not a supporter of Jan Gardner in this race.  Being vested in the commercial real estate business in Frederick County for four decades, I have worked with her in the past when she served as a county commissioner.  Sometimes we agreed on government policies and actions … and often we did not.   But this is not about me.

Jan Gardner won this race fair and square … hats off to her with sincere congratulations.

Blaine will lick his wounds and press on to continue with the successful career he has already made for himself, and I for one thank him for his service to our community.

Now that the election battle is over, it is time to put the weapons and barbs aside.

Yes, much of this race focused on the issues of growth and schools (nothing new there), but there is an even bigger challenge facing our first county executive and her county council … that is putting the meat on the bones of the charter government document.  Will this inaugural body be able to work together to establish policies and procedures that will allow this and future executives and councils to function in the most efficient and effective way to serve the residents of Frederick County?

Let’s put partisan political squabbles behind us now and make our new form of government work.

To say that you are a very diverse group is an understatement.

We’re all rooting for you guys.