Guest writer Donavon Corum returns with the second part of his topic on Planning Assets. 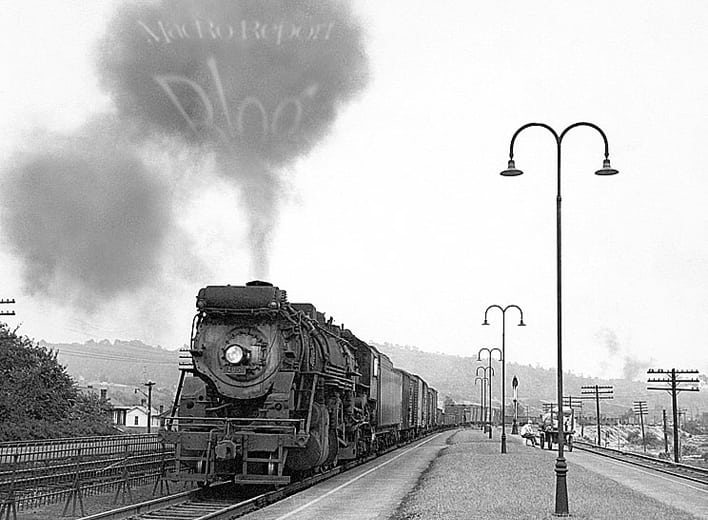 The State of Maryland, its counties and local jurisdictions have established some of the best Natural Capital protections and policies in the nation.  Such examples are the Forestry Conservation Act, Storm Water Act of 2007, Rural Legacy and MD Agriculture Preservation Foundation, Green Print Program, steep slope regulations, wetland and stream protection and buffers, and minimum required open space requirements.  These and many other regulations and programs have established strong principles for application to our community economic planning and have increased the value of our Natural Capital.

During the 19th century a large majority of settlements along railroad rights-of-way were built across North America and established a physical DNA that is still prevalent in today’s planning efforts.  Nothing can erase their impact on the community form.  We still see it today in our gridded street system and buildings that face existing or non-existing rails (such as East and All Saints streets in Frederick).  The railroad tracks and equipment themselves were the technological capacity of the 19th century.

Initially these railroad communities were created for economic purposes.  The building blocks of the community started with investors, entrepreneurs and businesses.  Then came employees with associated housing needs, which added more business and employment opportunities as nearby real estate was developed for commercial and industrial uses.  After this foundation was set, the creation of institutional uses (schools, churches, government entities and public buildings), cultural venues, additional transportation elements and public outdoor spaces followed.  Steadily over time, the community laid and established each new layer.  Thus one can see how the Physical Capital acts as a cornerstone that directs and imposes itself on the remaining planning assets: Human Capital, Institutional Capital, Financial Capital and the Social Capital.

Although railroads no longer occupy the most important position in the economic hierarchy, consider today’s technological capacity, the role of the highway in contemporary American life and the corresponding economy that has grown from this.

The city of Frederick has adapted to the four major highways (Interstates 70 and 270, and US Rte 15 and 340) and today’s technology associated with Fort Detrick.  As with the railroads in the 19th century, the city of Frederick is further establishing itself as an economic engine for Frederick County.  With the railway infrastructure still existing in Brunswick, revitalization has been taking place.  Current and future residences are taking advantage of the MARC passenger railway service.  This re-establishes its principle in the Physical Capital asset.

Therefore, fundamental to keeping our capital increasing in value is understanding that proper planning for growth and real estate development is a vital part of the Physical Capital and is a major engine of a strong economy.

Donavon Corum, RLA, AICP, and LEED AP  is the Managing Member of Design Core Studio, LLC, a Maryland Planning and Landscape Architecture Firm.  Donavon will be a speaker at the National Association of Home Builders 2011 International Builders Show in Orlando.  He is currently participating with the American Planning Association’s (APA) National Infrastructure Investment Task Force as part of the Green Sub-Task Force.