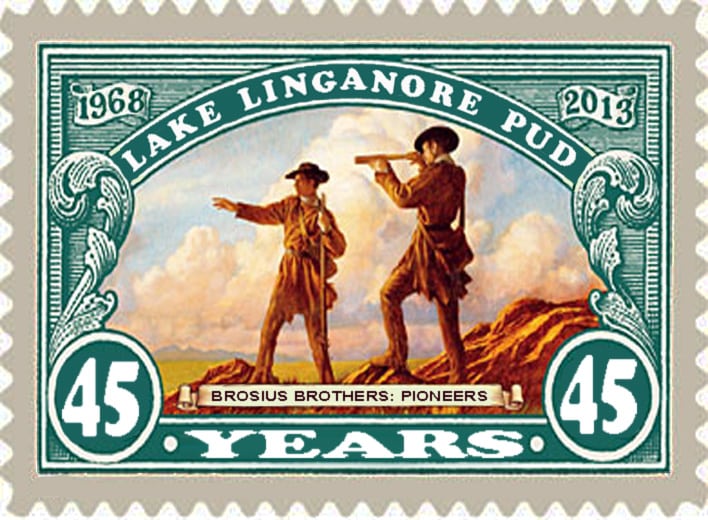 Within the last thirty days of this writing two significant events have taken place in the evolution of Frederick County, Maryland real estate development planning.

By far the most important is the passing of one of our community’s real estate visionaries — J. William Brosius, Jr., who left this life on May 31, 2013 at the age of 93.

Bill was always ahead of his time in so many ways.

In 1959 he founded and became first president of what is now known as the Frederick County Building Industry Association.

He also  introduced the concept of planned communities the Frederick County and played an integral role in the design of the gem of downtown Frederick: the Carroll Creek Linear Park … among many other contributions.

Brosius was admired by some of the twentieth century’s great real estate developers — just to name one: Jim Rouse, the man who envisioned Columbia Maryland.

I first met Bill and his family all the way back in 1966 at a home he owned in Bethesda, Maryland.   Back in those days, I was more interested in his daughters than him, but once I entered the world of real estate in our community I gained a real appreciation for Mr. Brosius.

Our times together were always enjoyable, insightful, engaging and heck … we shared similar political views!   I feel I am a better man for that relationship.  He will be missed.

The following is a multi-part tale of the forty five years it has taken to finally reach the point where the vision of the pioneer brothers has a true opportunity to become reality:

The year 1968 was pivotal in many respects.  The Reverend Martin Luther King and Robert F. Kennedy were assassinated.  There were racial riots in the streets of Washington, D.C. and bloody protests in the streets of Chicago at the Democratic Convention. The My Lai massacre of Vietnamese civilians by American soldiers hit the front page … and Richard Nixon was elected President of the United States in a landslide victory over Hubert Humphrey.

The brain child of Bill and Louie Brosius, two brothers from Adamstown, was a to develop a “new town” concept in a heavily forested area of rolling hills and abundant streams … and just five miles east of the limits of the City of Frederick.

They envisioned a community of villages integrated into the landscape by preserving trees and the natural contours of the land in order to create private lots on narrow country roads — all “centered on a chain of lakes, the centerpiece [being] the 220 acre man-made lake, the largest private lake in Maryland.”  The plan was to include small commercial centers and various recreational opportunities: boating, swimming, golf, tennis, stables and 35 miles of riding trails within the 2,500 acre project.

The Brosuis brothers were visionaries — pioneers of sorts, who sought to break new ground without breaking much of it.

The project forecast was for a maximum population of 25,000 residents once it was built out.

It was called Lake Linganore at Eaglehead.

All approvals to go forward were achieved by the summer of 1968 … to great fanfare.

It wasn’t that a hard sell to get a county government to buy into the idea that the tract of land that was then generating less then $5,000 in property tax revenue to the county coffers could soon become its largest taxpayer by generating more than the $1.5 million paid from Potomac Edison and A.T. & T. combined.

The idea was that Lake Linganore at Eaglehead would not place a burden on county roads or require police protection, due to the plans for community maintained roads and a private security force that would be on 24 hour patrol.  Even the construction and maintenance of the water and sewer system would be controlled by the community.

The project forecast was for a maximum population of 25,000 once built out.   The typical residents were to be a professionals and “white collar workers” with annual incomes $12,000.

“In addition to the boost in taxes to the county,” stated an article in the November 16, 1969 of the Frederick News Post, “residents [from Lake Linganore] will have a buying power of $46.2 million which will contribute tot he growing economy of the county.”

Within the first year after groundbreaking, Brosius proudly announced that over 340 lots had already been sold.

Development was in full force by end of the 1960′s.  Two new 15 acre lakes were now in the plan, but what stirred the real excitement was the dam for the 220 acre lake that was scheduled to begin in the spring of 1970 … and the first tee time at Eaglehead Golf Club that was planned the year after.

If a piece of real estate was located with 3 miles of the Brosius “new town,” the possibilities of selling it quicker and at a higher price seemed greater if three words were placed in the ad: “Near Lake Linganore!”

On a national scale the sixties left behind some difficult memories, but the 1970′s brought with it a set of scandals that would be talked about for generations … long after the final new home was built by the lake …. that was how those pioneers — the Brosius brothers — had it planned, anyway.

Look for the next post to cover the decade of the 70′s when the nation seemed to be literally going to “pot” and the implementation of a powerful vision became quite cloudy.