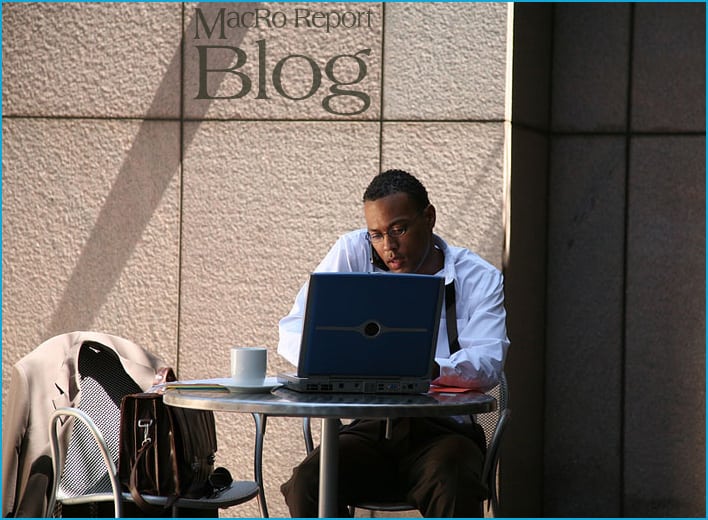 December is the month that trend spotters like to get out their crystal balls and forecast upcoming changes to the business climate and MacRo Report is no exception.  Last year we published our MacRo Outlook on the four real estate segments, and this time we are looking at consumer trends.

In case you’ve been under a rock and haven’t noticed, an “echo boom bomb” has detonated as the children of baby boomers have become young adults.  According to CBS News, there are 80 million echo boomers (also known as Generation Y).  Add to that figure another 80 million or so of their parents, and you have a formidable force shaping the consumer landscape.  That’s half the population of the U.S.!

During recent weeks has posted several articles about the impact of emerging lifestyle trends in real estate and home design.  We found five boomer/boomer-echo trends in particular that stand out as potentially lucrative niche markets in Frederick real estate in 2012 and beyond.

According to all kinds of surveys done of both baby boomers and Generation Y, both groups love the convenience of amenities.  Whether they live in a city or in a large Planned Unit Development (PUD), they want to be within a walk, bike-ride or painless drive of jobs, friends, leisure activities, and shopping venues.

The MacRo crystal ball says that developers and builders who can creatively leverage infill projects within Frederick City will find buyers no matter what the real estate market overall is experiencing.  We’ll talk more in this post about the types of real estate that will sell and rent well in the city.

Any unfinished PUDs in the Frederick suburbs with lots remaining will likely see strong interest as well (i.e. Villages of Urbana and ).

As boomers lose spouses, and Gen Y moves out on their own, the largest share of household growth for the foreseeable future will be in single-person households.  Similarly, retirees usually down size to more manageable spaces.  And given the amount of wealth lost recently in the housing market crash, a focus on affordability is a given.

As for Gen Y, , who has been predicting consumer behavior for 30 years.  They don’t define themselves with possessions and don’t own much beyond their electronics.   They want to rent or own small, simple, open floor plans with clever storage.  According to Builder Magazine,

Smaller makes sense for young adults and retirees. In addition, young families in Maryland are attracted to Frederick suburbs because they can get more for their money as compared to areas closer to Baltimore and D.C.

“We just launched six new floor plans, and while our homes in this region haven’t gotten smaller, we redesigned them to offer more usable space, more efficiency, and more functionality within the same square footage,” said Stuart Terl, Maryland Division President of Drees Homes in Frederick.

“Homebuyers are looking for storage and space use to be as efficient as a cabin on a cruise ship.  Every bedroom has a walk-in closet.  Volume spaces like two-story family rooms are going away.  Space in the garage is being utilized for ‘family foyers’ and mudrooms.”

3) The Rise of the Sandwich Generation

There are a number of factors contributing to staggering growth in multi-generational households right now, from the aging boomer population to high unemployment rates among young adults to the growth of immigrant and minority households in the U.S.

Homes with in-law suites will remain popular, but any builder who develops and markets products specifically catering to multi-generational living will tap an underserved market.

According to Terl, “Our floor plans are designed with ‘flex spaces’ that can be converted to any use—extra bedroom, den, home office, etc.  Our homes convert from three bedrooms to five easily.”

4) Home Offices Are Paying Off

The home office has become ubiquitous, and the number of people working exclusively or part-time from home continues to rise.  Even more compelling is the fact that the median family income of home-based worker households is higher—by $20K or more—than that of the national median household income over all.  All signs point to a continuing trend.

With so many young entrepreneurial adults seeking small spaces in the city, perhaps there may be a market for developers to design urban-based multifamily buildings that include shared-use office or conference room spaces in the building?  Something to consider…

If real estate businesses are not playing in the cyber market already, they are far behind the curve.  People want to search properties and tour them from the comfort of their homes, period.

“During the past five years we have gone from 10% of our customers taking a first look at our homes on the website to 70% viewing the website first,” said Terl.  “You have to have a good website presence to attract shoppers.”

Those are the MacRo predictions for the trends currently changing the landscape of Frederick real estate…frankly, these trends will impact all kinds of other businesses as well.  What trends are you watching?