Sometimes to see the political future, it is important to go back in time! 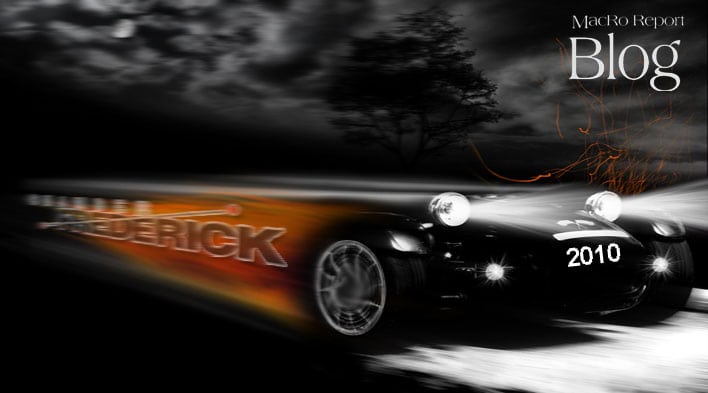 It was an exciting day for the Chamber on Tuesday, August 12, 2014, as the Frederick

Country Chamber of Commerce Board Chairman Josh Bokee introduced the new President and CEO of the organization — Elizabeth Cromwell. I must say that as a long time member of the organization and past board member (circa 1980’s), she was a surprising, yet very exciting choice.

Having watched the progression of the organization from back in the days of the two employee reign of the dedicated Kitty Reed to where the Chamber is today, Cromwell has a terrific foundation to build upon.  Her predecessor Ric Adams had transformed the look and feel of the organization from a small community voice of business to one that now garners strong respect as a bullhorn that makes an impact when it speaks on policy and political issues.

It was about four years this month the MacRo Report Blog posted two articles that echoed the opinions of a very frustrated business community in 2010.

Let’s set the scene and “Travel Back to Those Thrilling Days of Yesteryear” (for those of you who are old enough to remember, can you tell me what TV show this was the intro line for?).

Yes, it was an election year.  The primaries were set to take place in September with the general election that November.

There was an ideological battle being waged over which path county government should take in its relationships with business and the leadership the other incorporated jurisdictions within Frederick.

Jan Gardner, the Democratic candidate in the current race for County Executive, was about to complete her 12thyear as a commissioner and President of the Board of County Commissioners during the last four.  While she chose not to run again, a recently appointed board member of the opposing party Blaine Young, a Republican, had entered the race for reelection to the board.

With the affects of the Great Recession beginning to show its negative impact on Frederick’s business community, things were not getting easier for sure.  To add to the pain, the Gardner administration had burned a number of bridges in its relationship with most of the 12 incorporated jurisdictions within the county (seven of which eventually filed suit against the county government).

The board consistently robbed special funds set aside for agricultural preservation programs and fire & rescue services in order to “creatively” balance its budget.  Fund balances for post employment benefit and pension obligations to former county employees were falling below acceptable standards.

Red tape, over regulation and innumerable fees weighed a very heavy burden on those who wished to take on new ventures or expand their operations.

Within and from outside the county lines Frederick became known as an unfriendly place to do business.

To top it all off, the Gardner board had placed the county under a growth moratorium and carried out a regressive rewrite of its comprehensive plan by down zoning and negativity reclassifying over 400 properties.

The cry for help from the Chamber membership to its president and board members pushed the organization to take action.  While it does not make a policy of endorsing candidates, the Chamber derived a method of ranking the wanna-be commissioners based upon how they met a list of business friendly qualification standards by releasing a Voters’ Guide.

They kicked the effort off by publishing six key questions for the primary political candidates to ponder:

1.  What specific steps would you take to make Frederick County more attractive to business investment, create jobs, expand our tax base, and ensure our future economic competitiveness?

2.  How would you improve Frederick County’s image as a business friendly jurisdiction?

3.  Do you believe some action should be taken by the Board of County Commissioners to address adverse consequences suffered by those whose properties have been down zoned in the Comprehensive Plan?

4.  Do you support the decision of this past Board of County Commissioners to impose a moratorium upon certain kinds of growth for a two year period?

5.  Frederick County currently operates under a Commission form of government, instead of a Charter form, in which there is an elected County Executive and County Council. Do you support changing our form of government to a Charter?

6.  In light of the current fiscal crisis the County is facing, do you believe our primary focus should be:

a.  Creating more jobs and growing our tax base without raising tax rates;

b.  Imposing more cuts to County programs and services and/or deeper reductions in employee compensation and benefits; or Increasing taxes on residents, businesses, or a combination of both?

In October of that year, just weeks before the general election, Thomas E. Lynch, III, a well known local attorney and Chamber board member at the time offered MacRo, Ltd. an article to publish on our Blog entitled:  Not Just Another Frederick County Election.

This well respected member of the business community stated that the results of the September 2010 primary made “clear that this [would] be one of the most polarized elections in recent memory, which is reflective of the tensions that exist in Frederick County and throughout the country.”

Lynch emphasized the need to consider changing our form of government and stated that while a consensus had been building for many years, the Gardner board chose not to act.

He went on to say that:

“… for our own survival, this election must be about an honest evaluation of the cost of all government (especially legacy costs such as retirement and other benefits) and having our County government more ‘user friendly’ so as to allow businesses to succeed in the interest of preserving jobs in Frederick County.

“Without a business community, we erode our tax base.  Many more of us could lose our jobs and we could very well have a financially destitute County government and municipalities.

“Dealing effectively and honestly with these issues requires courageous and visionary leadership; leaders who recognize the value of business to support our economy, the lives of our employees, our non-profit community and equally, our governmental bodies.”

As the 2014 general election quickly approaches, voters may find it very worthwhile to contemplate how much the Frederick County has progressed over the last four years toward those 2010 key concerns raised by our Chamber of Commerce.

Many believe that the above six questions have been all very favorably answered by the current board lead by Young.

It is said that change comes at a price, change is hard and yet, change brings hope.

Blaine Young is now the other candidate for County Executive.  Significant change has happened during his 44 months in office.  What the voters experienced was often not pretty nor perfect.  Mistakes, like in all administrations, were made and many things could have been handled better.  And maybe some things did not have to change, but despite all that, overall one must ask the each member of Frederick County’s business community a famously simple question:

Are you better off today than you were four years ago?

Contrary to the negative response that Ronald Reagan sought in October of 1980, when he asked the nation the same question, this time the answer may very likely be yes!