Billed as one of the most beautiful rivers on the planet earth; will the powers to be actually say “Dam It”? 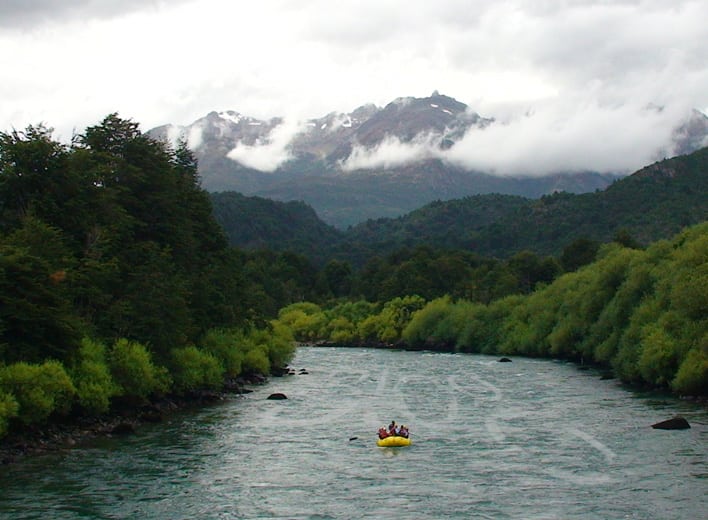 Okay, so this title and subtitle may disturb some of my readers and surprise others, but read on!

During my nearly 40 years of riding the economic roller coaster of the land and commercial real estate business, like many, I sometimes seek a break from the things that are vital to success in any field: phone calls, meetings, negotiations and (in the last 20 years) a never ending stream of emails and now text messages.

I love what I do and those that I serve, but for me there is one escape that always seems to literally throw cold water on all of that bustle for a while.

It’s the kind of vacation that replaces the day to day stress of the business world with a terrific physical workout within a serene environment full of Nature’s glory.

Typically my wonderful wife Nancy accompanies me on such adventures, but this time a college buddy, Sidney Gunst (a seasoned real estate developer from Richmond, Virginia), and I trekked a mere 7,000 miles south of Washington, D.C. into the rain forests of Patagonia, Chile.

The goal: To experience the incredibly steely blue and raging Class V whitewaters of the Rio Futaleufu, affectionately known as the “FU”.

The inspiration for this trip came about while enjoying the challenges of a couple of weeks through the Grand Canyon along the mighty Colorado River in 2009 with my bride. We heard that there are actually two rivers in the world that some claim are rated as more spectacular and very challenging:  The Zambezi River in Victoria Falls National Park, Zimbabwe, Africa, and Chile’s FU. 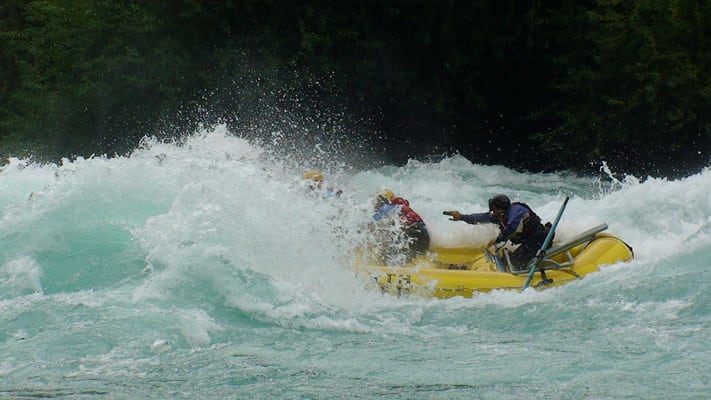 Taking one river at a time and being a tad bit closer than central Africa, we opted for a journey into the waning summer months of Patagonia.

The travel literature describes the area as “some of the rarest and most beautiful wilderness left on the planet” with deep green forests shadowed by the rigid snow capped peaks of the Andes Mountains.  It’s a place full of wonder so lush with mosses, ferns, endless waterfalls bellowing out of granite canyons and gorges.

With giant condors circling the skies, one might think that he is on the movie set of Lord of the Rings.

The river itself was no less spectacular.  From a steely blue calmness, the heavy water of the rapids turn a stunning turquoise mixed with white caps and waves boiling in every direction. The mire often seems to swallow the paddler whole, only to spit him/her out into another cauldron of excitement. All the while there is only one focus: Respond to the commands of your guide: Forward! Back! Right Forward! Left Back! High Side! Stop! 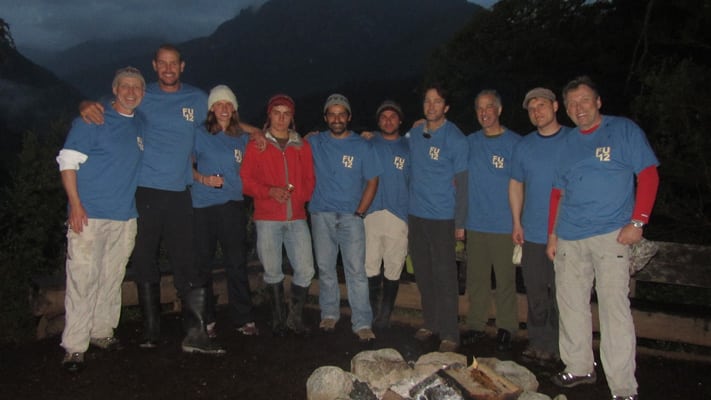 A thrill a second!

Are there more challenging adventures in this world? Sure. One could solo kayak through this stuff or skydive from 20,000 feet… but give me an experienced river guide with a commanding voice, and one who will laugh at the half baked jokes of a couple of 60 year old has-beens… nothing is more fun.

The real estate in this part of the world is exceptional, but the people of Patagonia are also very special. They seem to live a simple and content way of life, despite the tragedy of an occasional volcanic eruption, as was the case in 2008 when the small town of Chaiten was blanketed with 10 feet of ash followed by the flood from a backed up nearby river.

Fortunately there were no deaths, but over the last 160 years this cultural blend of the native Tehuelche people with immigrants of Spanish and German descent has learned the value of community, and it is visible in their amicable ways.

While in this magical place, we learned of a looming threat to the river itself and the many who benefit from the forceful waters of the Futaleufu and all its tributaries. 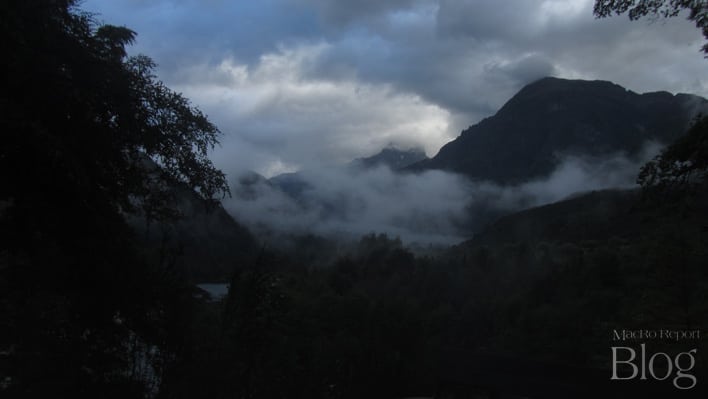 Seems the Chilean government in a collaborative effort with Argentina has proposed a hydroelectric plant in the southern region of Patagonia that will dam two rivers below the FU. Being as far south as it will be from “civilization”, the Chinese government has been in talks to construct an 1,860 mile power transmission line to send the power north and east.

The talks of damming have not stopped with Rio Baker and Rio Pascua, but there are strong hints that Rio Futaleufu is also in the future sights of this mega billion dollar project.

It is a rare thing that the average North American pays much attention to such things in the hemisphere to the south, but this has become a very contentious issue.  Chilean President Sebastian Piñera says that generating more power is critical to the economic vitality and expected growth of the country, but an overwhelming majority of Chilean citizens who will be affected by the project have shown strong opposition with marches and protests demanding “Sin Represas de Patagonia!” (Stop the Dams of Patagonia).

It comes as no surprise that a number of U.S. environmental groups have joined forces with native protestors to bolster the anti-dam effort, which has engendered a reasonable war of words within the pages of the Wall Street Journal and across the web.

Yes, I am often one of those people who has been known to take up a community or political cause or two, but this time Patagonia will have to fend for itself.

All I can say is that it would be a terrible shame to see such a pristine area — one of a kind in this world — be blemished.