One of our favorite series of posts in the MacRo Report Blog is Rocky’s tales from the underbelly of Commercial Real Estate.

In this post we want to introduce new readers to Rocky’s Tales from the Darkside. We recommend that those faint of heart or otherwise weak condition proceed with caution. 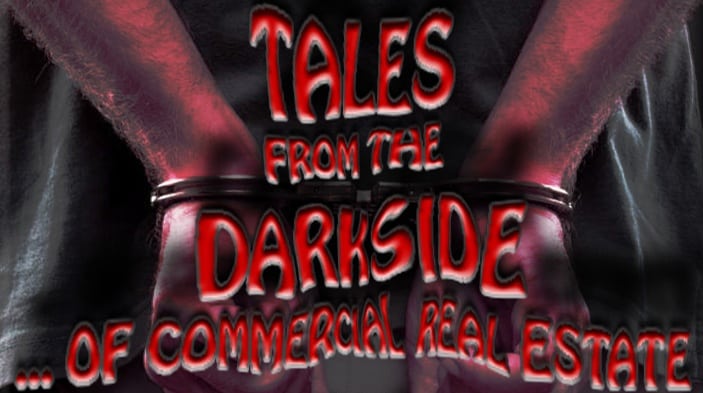 Young, and perhaps a bit naïve, Rocky steps into a world of blockbuster proportions.

Back in the mid 1980′s there was a TV show Tales from the Darkside that ran for four seasons.  It was an anthology horror series that followed the trail blazed by such shows as The Twilight Zone, The Outer Limits and Tales From The Crypt.

Each episode opened to the eerie sounds of an organ slowly grinding away as the narrator recited the following:

“Man lives in the sunlit world of what he believes to be reality. But… there is, unseen by most, an underworld, a place that is just as real, but not as brightly lit… a Darkside.”

There was one particular episode (21) in season 1 that told a story about real estate developer who lived with a guilty conscience that constantly caused him to make business decisions which caused harm to others.

One day he learned of Chinese laundry that would “wash away sins.”

As with most of those 30 minute Tales, lead characters often sought a quick remedy to cure their transgressions by making a deal with the Devil … typically culminating in a unhappy ending for the sinner of the week.

It was the darkness of the newspaper article that triggered my memory back to a brush I had with another’s Darkside during my 5th year in the real estate business.