Appreciating the contributions and the values of those we have lost 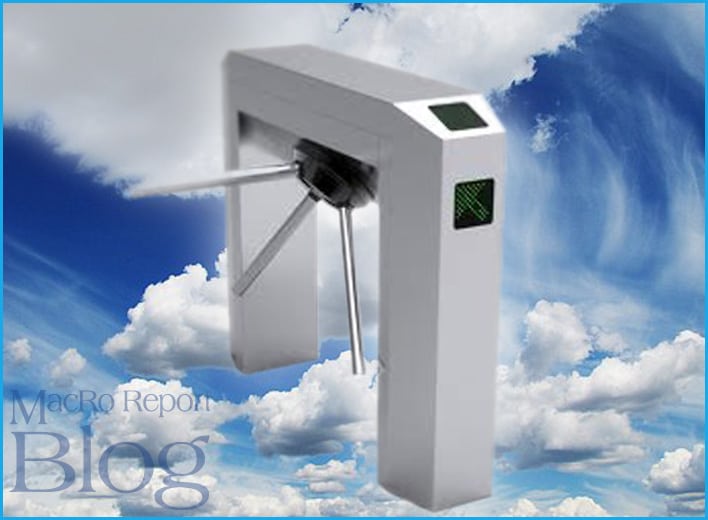 Within a period of just five days last week, three unfortunate events gave me reason to pause and reflect on the value of the word “community.”

Besides the regular and consistent references to “real estate” in what we post on the MacRo Report Blog, “community” is probably the second most-often used word in our articles.

I found a simple and meaningful definition in a web search:

“Community: A group that is organized around common values and social cohesion within a shared geographical location, generally in a social unit larger than a household.”

In the 40 years that I have dedicated to my professional life here in Frederick County, Maryland, I believe that there is no single word that better defines this wonderful place.

Not unlike a large family whose members have very diverse personalities and philosophical beliefs, yet share a common love for each other, the vast majority of the 235,000 people who live, work and play here share a common love for more than the physical nature of this part of the world. There is a sense of pride that goes beyond self-focus and comes from being part of something greater than ourselves.

Truly successful communities are able to survive and grow through decades, and even centuries, as dedicated individuals instill that true sense of common pride from one generation to the next. Not unlike a well-oiled turnstile, as many leave the place, new and vibrant individuals enter to carry on traditions with fresh ideas.

My cause for pause last week occurred with the passing of three individuals, who in and of themselves did not move mountains, but without question played a role in making Frederick the community I know and love.

As a young real estate professional in the 1970’s and well into the 1980’s, I had the privilege of getting to know and use the services of Franklin W. Martz who passed away April 7, 2012.

Frank was not your typical lawyer. He was to me the epitome of socially engaged legal council. All too often when I brought a real estate transaction into his office, it was Frank’s way to want to know everything about the people and their situation. Of course more often than not, he already knew them and had more than one funny story to tell about past experiences with them.

When you met with Frank, it was very important to block out twice as much time as he suggested. While his style was that of a country lawyer who liked to keep things simple, that social element was what he was about.

Frank gave back to the Frederick community in many ways; as it was so nicely stated in his obituary, he loved baseball and sports. His engagement with coaching and mentoring local youth were among many of his involvements. He touched many lives throughout his own and they are better for it.

It was Wednesday, March 28, 2012 at our noon Rotary lunch meeting that I last saw my friend Mike Cady. We shook hands and embraced as we would often do. Knowing that his illness had been slowly sucking the life out of him for longer than most could bear, I asked how he was doing. Within that tight moment, Mike, who rarely complained, answered with a whisper, “Rocky, they tell me I have two weeks left.” We held each other’s hands and shared a personal moment.

Fourteen days later, Michael L. Cady left this life. The Orphans’ Court Judge, former Frederick County Commissioner and wrestling coach was one of the finest and most sincere individuals that I have known. While it was clear that he enjoyed the authority that such positions gave him, he was one of those people who used it selflessly to help others in all walks of life.

I had the good fortune of working closely with Mike in his political career. He was truly one who looked beyond partisanship and tried to move to common ground. For that he often took considerable grief, even from his own supporters while serving on the Board of County Commissioners. But that’s what Mike was all about. For him it wasn’t as much about getting everyone to like him as much it was to do what he believed was the right thing. For that trait alone he has earned the respect of many.

In last Sunday’s Frederick News Post, Jack Topchik wrote a wonderful tribute to our mutual friend. Topchik referred to Mike as a man with whom he shared common values.

With those values as the centerpiece of his being, Mike touched a broad cross-section of our community in all that he engaged in — from his work with youth, families, and the indigent, to business people, to the arts.  He has left a hole in our community and will be missed.

Thursday, April 12th, was a beautiful day in Frederick County. I was going about my routine of making calls related to the many community causes that I have committed to as well as the land and commercial real estate business. One of the numbers I dialed was to return a call to Paula Routzhan, who had left me a message asking for a donation to a charity she was representing.

From my enthusiastic “HELL-O” to Paula, I quickly received word from her that her mother-in-law, Grace Routzhan, had just passed away a few moments earlier. You never know when you will encounter such an awkward moment, but this was one of those. I quickly offered my deepest sympathy and allowed her to return to her family.

I had met and conversed with Grace many times over the years, but knew her best through her son Daryl, his wife Paula, as well as her daughter Jan Starr West and her husband Steve – all four being close friends.

Grace was very close to her sister, Elizabeth Prongas, a founder of the Catoctin Forest Alliance, which is dedicated to land preservation in the northern reaches of our county.

The Grace I got to know was a lovely woman who was extremely devoted to her family. She also dedicated 20 years of her life as a volunteer with Frederick Memorial Hospital as a member of its auxiliary.

Routzhan family members have played an integral part in the rich heritage and growth of our community since they emigrated here from Germany in the mid-1800’s. And the legacy is in good hands of the next generation represented by Daryl and Jan.

As hard as it is to accept the passing of these three fine individuals through the turnstiles of Frederick County, we should all be proud of the part that they, and so many others, played in making our community a place we love.

Rocky Mackintosh, President, MacRo, Ltd., a Land and Commercial Real Estate firm based in Frederick, Maryland. He is an appointed member of the Frederick County Charter Board. He also writes forTheTentacle.com.