Did my smart phone out smart me, or was it not smart enough? 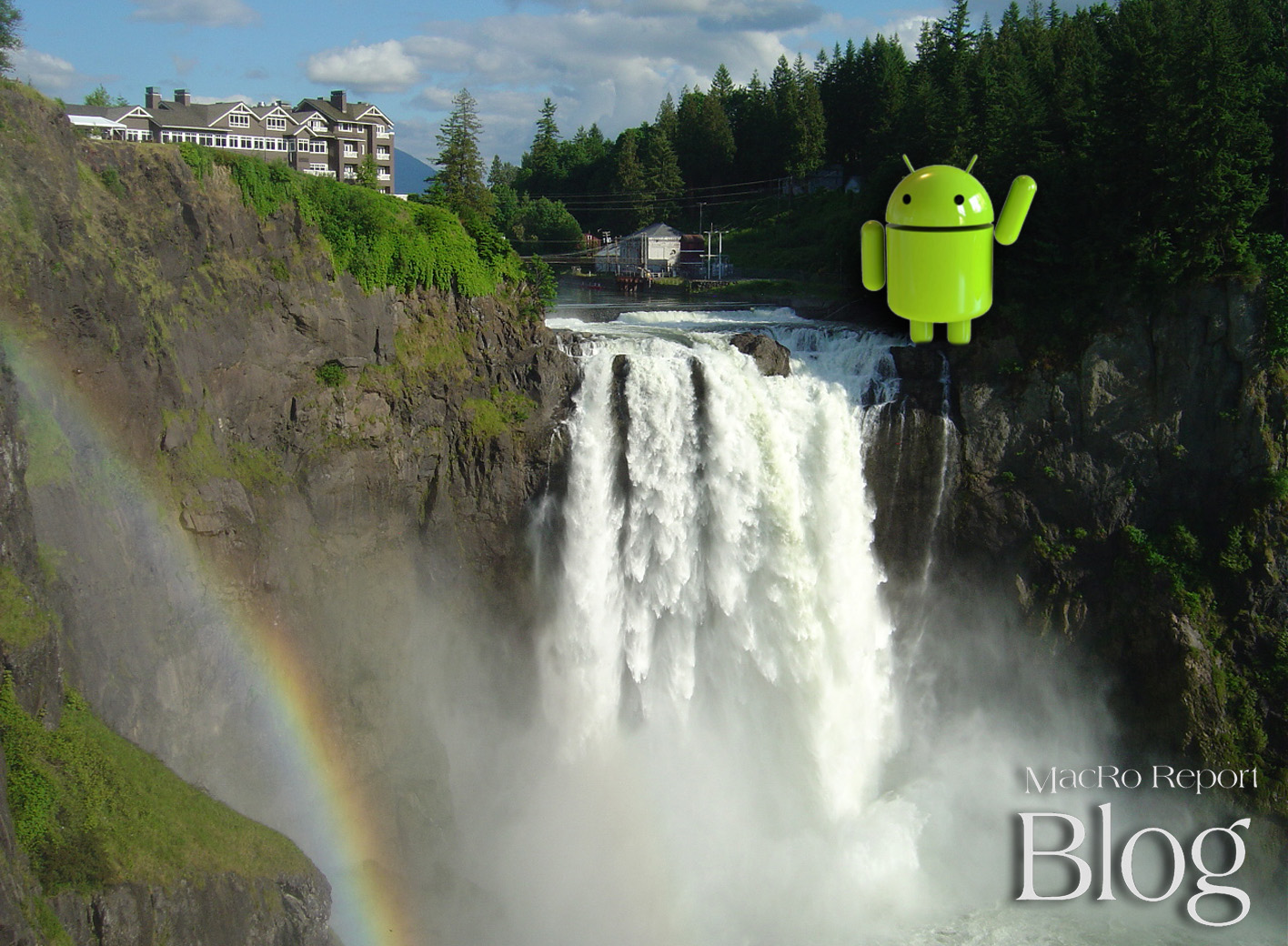 Well, it had to happen eventually.  Seems that in my less than organized life, misplacing things is often more the norm than not.

My typical morning finds me kissing my bride of 38 years goodbye and then happily walking out of the house without my wallet,  sunglasses, cell phone, my hot cup of brew or my car keys.  With the exception of the latter, it is not unusual for me to discover the missing as I get to the end of my driveway (or further).

With a quick about face and re-entry though the kitchen door, the routine has become so familiar that Nancy now greets me with a sarcastic smile and her regular question: “What is it this time?”

My typical work day is full of outside appointments … and, well, yes, I will often repeat my morning routine of leaving something behind at the office.  Chuckles for my predictable routine are not limited to home!

You’d think I’d learn … but such is the life commercial real estate broker who loves his work so much that he tries to cram too much into each work day.

I love my vacations just as much, but with less stuff on my mind it seems that managing physical stuff should make it easier.

It was in September of 2012 that Nancy and I attended a wedding is Chicago, that I learned how to track my missing iPad using Apple’s clever “Find My” applications … And what a story it was.

Hiking is one of my things, and it was about eight years ago that I lost my wallet on a trek up Mount Greylock along the Appalachian Trail in northwestern Massachusetts … As frustrating as it is, after awhile I guess one is supposed to just used to misplacing things.

This year we journeyed into the Canadian Rockies and experienced the wonders of Alberta, tromping into the beautiful snow covered mountains of Banff, Lake Louise and Jasper. 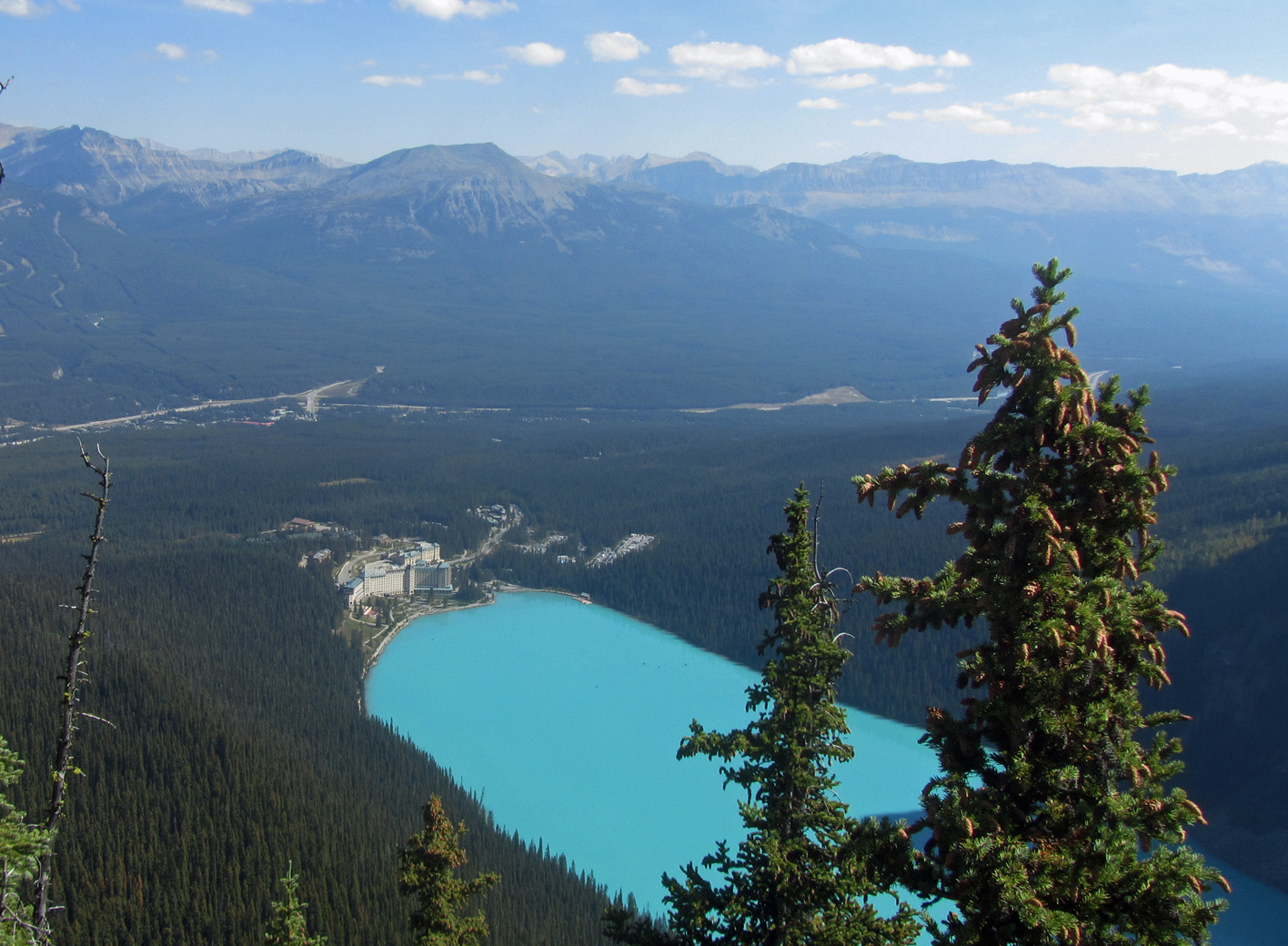 While others in our group enjoyed nature walks and float trips, my mission was to trek up the crest of a few peaks.  Atop the Big Beehive the aqua blue color of Lake Louise glistened in the sunlight with its fabulous Fairmont Hotel as a creamy speck at 7,500 feet in elevation.

Whistlers Peak offered extraordinary views of the small town of Jasper nestled in the valley below along the Bow River with a backdrop of grey faced mountains rising over 8,000 feet above tree line.

All along the way, I snapped pictures with the camera that is built into my smart Droid cell phone.

There were warnings of grizzly bear along the trail, but more so for the bull elk.   Now in the midst of rut (mating) season the warning was that a male will jump at the chance to gore any intruder in order to protect his harem.

Alas, my only brush with wildlife along the switch backs was that of a timid Spruce Grouse pecking at a mushroom, who just ignored me as I tiptoed past.

With my Forrest Gump days in the Rockies over, we flew on to Vancouver, British Columbia for a full day of urban hiking … Only leaving one item behind: A ball cap I bought on the Dominican Republic that was to “Dye Fore.”

Our next destination was Seattle, Washington, where I and several other locals were to attend a national industry conference for Frederick Mutual Insurance Company for which I have had the privilege to serve as a director for 23 years.

Ah, but I digress (as my friend Farrell Keough often states). 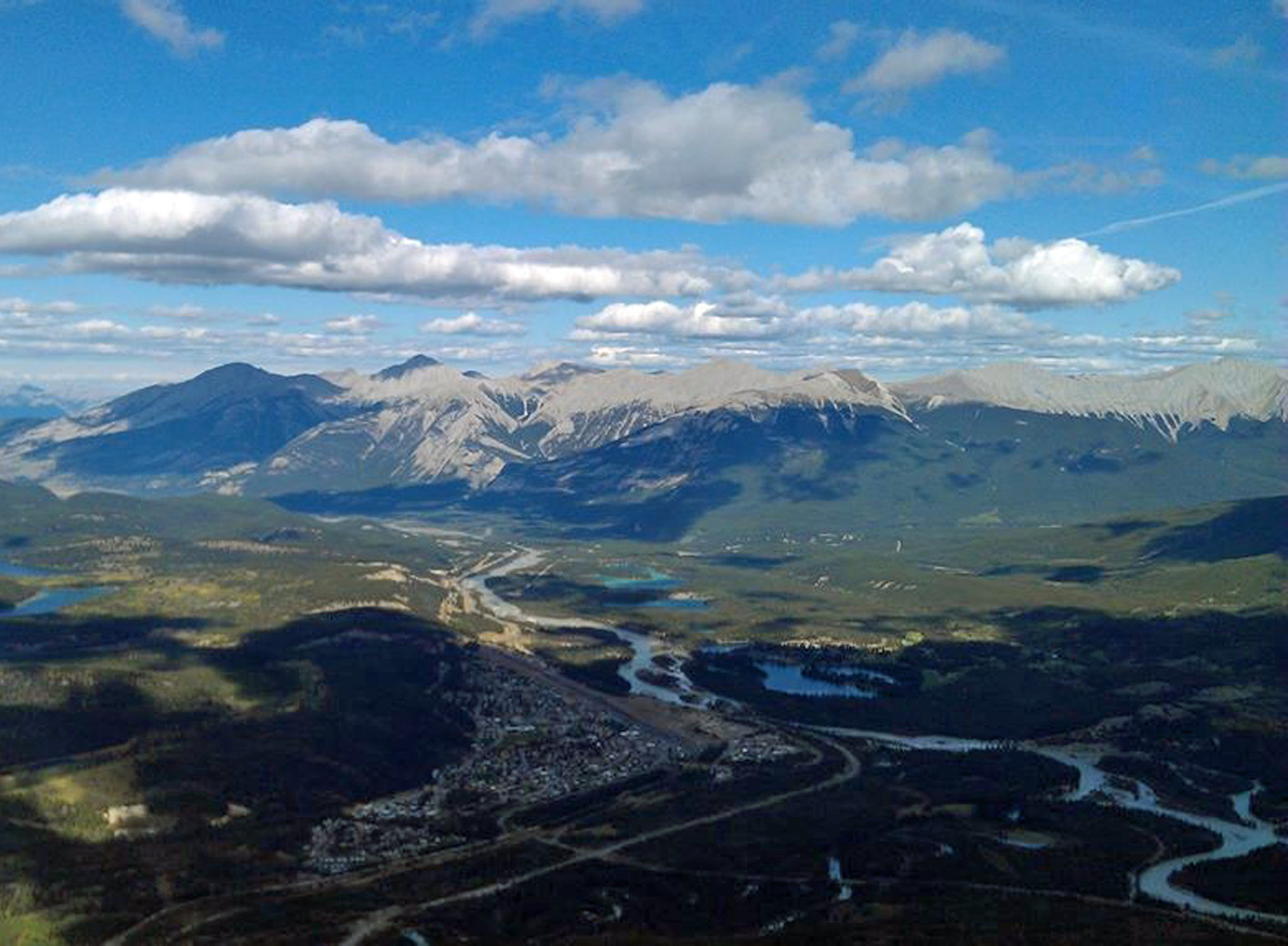 Nancy and I chose to drive across the border back into the USA.  It was Sunday, and we planned a retro-day of sorts.  The goal: to retrace a few of the steps of FBI Special Agent Dale Cooper, a role played by Kyle MacLauchlan in the short lived cult series “Twin Peaks” 1990 to 1991.  I will admit I did get hooked on that quirky David Lynch show.

Set in the lush setting of western Washington state, Cooper often dictated his every move to his remote assistant Diane closing with a bit of advice “If you ever get up this way that cherry pie is worth a stop.”

In our travels we had learned of a place about 30 minutes east of Seattle called  Snohomish, where we could find that cherry pie that Cooper enjoyed.

I love small towns that still have diagonal parking on their Main Street!  As we pulled in the vacant space in front of the Snohomish Pie Company, something just felt right.  But then we walked in, and the aroma of freshly baked goods immediately lured us to the counter.

For lunch I chose to just have pie … three pieces of some of the best pie I have ever tasted!

While the cherry was good, what really caught my fancy was an apple crumb pie made with the notable “Marionberry” — not to be confused with the infamous east coast figure: the crack smoking former Washington DC Mayor “Marion Barry!”

From there we slipped into the famous Chateau Ste Michelle Vineyards, where Nancy got her wine fix for the day.

Then we headed for Snoqualmie Falls … where today’s Salish Lodge & Spa was once used as the setting of The Great Northern Hotel in the Twin Peaks series.

While the lodge is a great facility, the way is sits on the edge of the powerful waterfall is spectacular and also “worth the stop!”

I snapped pictures galore with both my Droid and a few with my Canon.  As I shed my jacket and emptied its pockets of my camera gear, I lost track of what I was doing saying to myself, “This is such a beautiful spot, I’d like to return sometime soon.”

Unwittingly, I had placed my Droid on the roof of the car before I belted myself in and drove away.  A few minutes later, we heard a couple of thumps.  Nancy asked me what I thought that was.  Not paying  too much attention, I figured that it was some of our stuff rolling off the back seat as I accelerated … Hmmmmm?

Well, it wasn’t until 40 minutes later as we unloaded the car at the hotel that I realized my Droid was gone.  Within a flash those thumps now made sense.  My smart phone had flown off the roof of the car and taken a hike of its own.

With my iPad in hand I searched the web for one of those “Find My Droid” apps … Alas, after a thorough search and a call to Verizon as I drove back to the falls, I learned that there is such an app!  However, unlike the iPad, in order to activate it requires that an app be downloaded onto my phone … the one that I had lost!

In record time, I was back at Salish Lodge & Spa.  With the sound of the roaring falls in the background, I inquired at the front desk and the retail stores to find out if my Droid had been found and turned in to someone.

No such luck … now it was all about taking an unexpected hike along the roadside brushing my feet through the grass and rubble with Nancy’s iPhone in hand constantly pressing the redial button as I called my cell number.

After about 30 minutes searching, the rain started and I took to the car driving slowly along the shoulder of Snoqualmie Parkway and then Interstate 90.

About half way back to Seattle, a calmness came over me as I accepted the fact that my 3 year relationship with my Droid was over … knowing that some of my best photos of this vacation were now only memories.

Bright and early the next morning I was standing at the front door of the Verizon store just down the street from the hotel.  Within 15 minutes of it being unlocked, my divorce with my Droid was finalized, and I crossed the threshold carrying my new iPhone 5 [C].  Wow!

Minutes later I connected to iCloud and activated my Find My iPhone app, with a lot of wishful thinking, I hope that I will never have to have a problem retrieving a smart device again!

… now if they would only come up with a couple of other apps like Find My Wallet, Find My Keys, Find My Sunglasses, Find My Coffee Cup, Find My Other Shoe or the ultimate Find My Sanity!