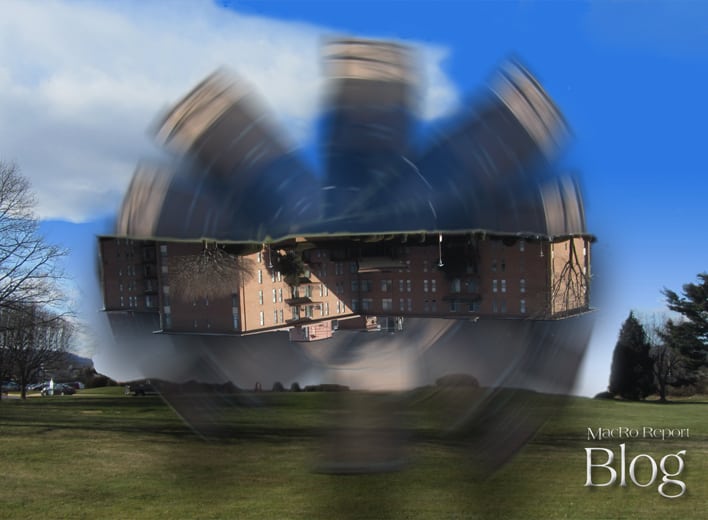 Most sectors of the commercial real estate market throughout the nation has not appreciated much, if at all, since the recession began.  Nor is it bringing the high yields we experienced during the go-go days of the early 2000′s.

However, some opportunities do remain in this market for well-capitalized speculators with connections to institutional investors.

“Flipping” is not something we see that much in a third-tier suburban market like Frederick County, Maryland, but it seems that every few years there are a couple of big deals that pop a few eyeballs.  Consider last year … some folks turned quick profits.

Last week MacRo posted a list of Frederick’s Top 5 Commercial Real Estate Sales of 2012.  Two of the five properties on that list were flipped for substantial profits:

As previously reported in a MacRo post, the 86-unit Brooklawn Apartment complex was sold by my good friend Seymour Stern and his partners.  The buyer was Stonebridge Investments, a Dutch company that holds a portfolio of multifamily properties in D.C., Florida, and Texas.  An unimproved parcel of about 2.4 acres, with potential for additional units, was included in the sale.

O’Connell Development Group bought the property from Stonebridge in December of this past year—both the apartment complex and the unimproved land parcel—paying a total of $10,100,000.

MacRo has been tracking investor lust for multifamily properties (which in my opinion has nearly run its course due to impending market saturation).  Brooklawn may have been an especially attractive property to the new owner because of the undeveloped parcel.  O’Connell develops, builds, and manages multifamily properties.

Now, this is a flip that I can not give Seymour too much of a hard time about, because it was back in late 2010 that a couple of partners and I sold a similar project in Middletown, Maryland.  It wasn’t but fourteen months later that an unsolicited offer was placed under the new owners’ noses for a cool million + more and the project had another new owner!

Tranquility at Fredericktowne is an assisted living facility that was sold in June by Russell Horman’s Premier Health Care to Capital Health Group, a private equity company specializing in making debt and equity investments in the senior housing industry.

Capital Health Group held the property for less than six months, flipping it to CNL Healthcare Trust for a hefty $6 million profit in an $85,100,000 portfolio deal consisting of five assisted living facilities in Maryland and Michigan.  CNL is a publicly-traded REIT focused on senior housing and healthcare real estate.

In fact, analysts are surprised at how resilient commercial real estate values have been throughout the recession (in comparison to the housing market, that is).

Commercial real estate investors and REITs spent the recession purging distressed properties from their portfolios.  With capital markets opening up, and high-quality commercial assets increasing in value again, institutional investors should be poised to do some shopping in 2013.

These may seem like eye-poppers, but Frederick has seem other flips in past years that could do more than that … so in the interest of good public health, we will not reveal too many of these at one time … but stay tuned!