The local Maryland job market is showing improvements and helping to reduce the rate of real estate foreclosures. 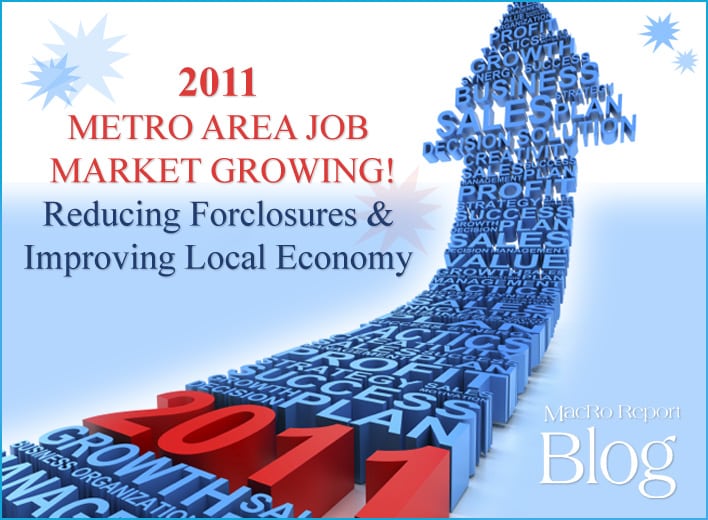 Being close to Washington, D.C. and its “large federal sector with its deep roots in the private economy” has helped prevent Frederick County, Maryland from experiencing the national recession as much as other areas.

Expanding businesses such as the National Institutes for Health (NIH) and MedImmune have protected many workers who live in the Mid Maryland region.

With that said, recession impacts have been unavoidable, as reported by the April 20, 2011 issue of the Reis Observer for suburban Maryland.  “According to data provided by the U.S. Bureau of Labor Statistics (BLS), annual average non-farm payroll employment in Suburban Maryland declined by 2.7% (26,000 jobs) in 2009, a substantial rate of loss yet one moderate alongside what the nation as a whole endured that year” states Reis.

Although, these employment numbers varied throughout the metro area depending on location. “The heavily blue-collar Calvert-Charles-Prince-George’s area suffered greater trials than did the heavily white-collar Bethesda-Rockville-Frederick Metropolitan Division (Montgomery and Frederick counties). In the former, annual average employment, shedding net 4,900 jobs, fell by 1.3% in 2010. The latter, on the other hand, saw a gain of 200 jobs,” as per the report.

On the bright side, it is projected that the job market throughout the Maryland Counties will continue to improve during 2011.

The report continues: “Despite the relative resiliency of the local economy, substantial [real estate] foreclosure problems surfaced as a result of the general collapse of the national housing market.

“According to RealtyTrac, which does not treat Suburban Maryland separately, the Washington area Metropolitan Statistical Area (MSA) ranked 78th among the nation’s top 206 metro areas in rate of foreclosure for 2010. Improvement, however, is apparent: the MSA ranked 55th for all of 2009. At 2.04%, its 2010 rate of foreclosure (representing 43,962 notified residences) bested the 2.23% rate calculated for the nation for the year.

“The return of net job growth in 2010 and the strong year-over-year increases indicated for early 2011 are encouraging. Although uncertainty attends both at present, the government and bioscience sectors should remain assets for the long term.”

The article above is from a report released by REIS.com last month. Read the complete Economy Report.