For professional CRE brokers, many skill sets are not learned in college or real estate school, but a matter of practicing what their mothers always said! 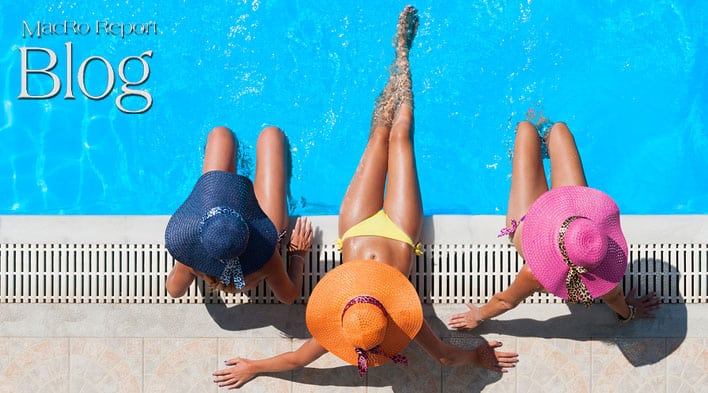 It was about sixteen years ago that my younger daughter returned home for her Christmas break from her freshman year first semester at Randolph Macon College in Ashland, Virginia.  She brought along one of her girlfriends who lived on her hall.

While we were all together, I couldn’t help but ask if either of them had decided upon a major to pursue.  In unison they rolled their eyes upward, looked at each other with big smiles and then turned back to me.  My daughter spoke with a chuckle and said, “Yep, we both want to get a CCM degree.”

Hmmmm … I wondered.  I know of the BA and BS college degrees, but at a college level, I had never heard of CCM.

So, while they continued silently humored by my confusion, I asked, “OK, I give up. What is a CCM degree?”

“County Club Mom” was the answer.

Imagine: graduate from college, get married, have kids and lounge by the pool at the local club all day.

Well, three and a half years later in 2002, the girls did not achieve their CCM degrees.  However, my daughter did graduate with a BS degree, married and landed a terrific position in Richmond,Virginia … that is until the babies were born.

Today she is a happy and proud stay-at-home-mom with no great desire to become a member of the country club set.

Now, what in the world does my daughter, who fantasized about a CCM college degree, have to do with Commercial Real Estate, you ask?

Well, to put it simply, I’m of the belief that there is often something that all commercial real estate brokers can learn from some traditional motherly wisdom.

The one word that sums this up is Compassion.  Throw in the perfected arts of listening, mediating and leadership … Hey, you have a broker with a CCREB.

That would be a Compassionate Commercial Real Estate Brokerage Degree.

In the CRE world, many look at brokers and agents as people who Eat What They Kill!  … make a deal and move on to the next, you might say.

In the metropolitan and corporate business to business world, some of our kind use that approach and thrive.

But in the real world of everyday commercial real estate, many clients seek out more than just brokerage services to find a buyer or tenant for the property they wish to market. Many bring with them not only real estate, but a suitcase of other challenges as part of the project.

Just because one has a substantial investment in land or commercial real estate, does not mean that that property owner understands the complexities of the development and sales processes or even what the term “Change in Use” means in the local zoning code.

CRE clients come in all shapes and sizes and from all aspects of life.  They will often bring to the table financial, relationship and emotional issues.  While these are not necessarily recorded liens or judgments attached to the property in question, these issues are part of the package.

The challenge for many real estate brokers is often to get to know the client (or clients) and their personal challenges, needs, wants and desires before one “digs” into the physical real estate.  More often than not, the former consumes significantly more of the agent’s time than the latter.

There are times that I wonder if I should have majored in psychology in college and minored in business.  But over years, while I have pursued and received many real estate professional designations, never have I come across one called Commercial Real Estate Psychology.

During those years I’ve probably logged in more hours listening to and consulting with my clients over their challenges, needs, wants and desires than I have in transacting some of their real estate.   It is, however, that upfront preparation that can often be the difference in facilitating quick and confident decisions on the part of the property which makes the deal.

Consider the elderly man dealing with the early stages of dementia who refuses to give up control, or the partner who walked out of a closely held business and refuses to cooperate in the sale of a property.

While a commercial real estate professional typically does not have a license to practice medicine, law or accounting, it may not be unusual for him or her to recommend advisers with such skills be called upon for assistance.

One of my favorite experiences took place in 1994 when I was called upon to facilitate the development, marketing and the eventual sale of over 3,000 acres of land for 35 owners living in multiple states and comprised of three generations of heirs to a partnership (and their lawyers) that was established among 10 poker buddies in the 1950’s.

With the exception of one individual, they all had one common goal: Maximize the value of the land and sell it.

The “odd man out” happened to be one very elderly member who was the managing/general partner, but adamantly refused to cooperate with the majority.  After a lengthy partition suit and trial to have this curmudgeon relieved of his duties, I was called upon by a court appointed trustee to do my thing.

It took several months of compassionate and consultative mediation to bring about an understanding among many different personalities to elect three of the members to act as the decision makers for the group. It was a matter of building trusting relationships, understanding the concerns of each member to create the organizational foundation for an expeditious decision making process through the development, marketing and sales of the project to multiple purchasers.

It was my mother who used to interrupt me as I ranted on about things.  She would put her finger to my lips and remind me that while my Creator gave me only one mouth, the two ears on my the sides of my head mean that I should listen much more than I speak.

It is a simple lesson that, if mastered well, could earn you a worry-free poolside seat at the club.

“Does your Commercial Real Estate Broker have a CCREB Degree?” Comment