These friendly changes, while expanding uses, will also add value to land and commercial real estate in Frederick County! 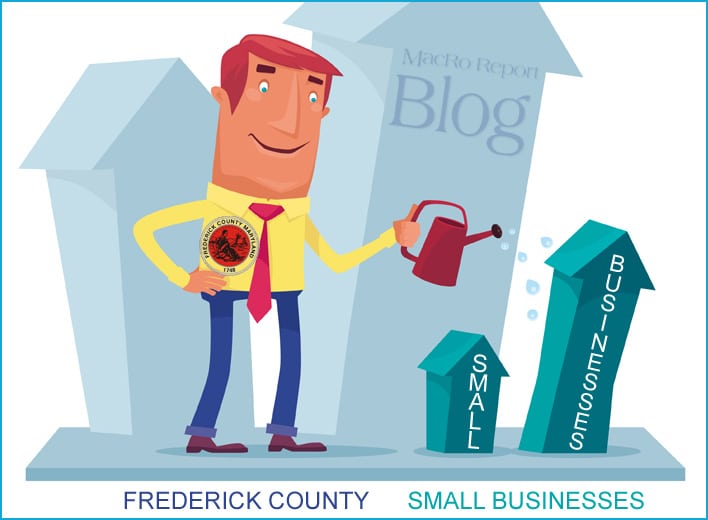 After spending a couple of weeks in the Eurozone, I returned to a pile of newspapers that offered up plenty of fodder to pontificate all over.  But as things settled down, I chose a follow up piece on the efforts by our Board of Frederick County Commissioners (BOCC) to make our community a more.

Just after they took office, the new BOCC jumped right to it in an effort to begin the process of fulfilling the campaign promise of making Frederick a friendlier place for business.

It wasn”t too long after that when county staff members Gary Hessong, Director of Permits & Review and Laurie Boyer, Executive Director of Economic Development reached out to the building and development community to ask for input.

A series of meetings were scheduled with the help of the Frederick County Builders Association (FCBA) and its Land Use Council to start a list of regulations and processes which have contributed to the regional perception that Frederick County was a very difficult place to do business.

Other groups were sought out by County staff in an effort to create a complete “to do” list for the BOCC to consider.

In the end over 235 tasks were created for consideration.

The interesting thing that came out of the process was that many of the ideas were not new.  They had lingered for years.

In a conversation with Commissioner Billy Shreve, I learned that a number of the land use ideas came right off of a “priority” list that was developed by a group known as the Citizens” Zoning Review Committee (CZRC).

For those of you old enough to remember, this was a group that was appointed in 2001 by the BOCC of that time.  It was made up of former commissioners Jan Gardner and Lennie Thompson, as well as current commissioner David Gray.  One of the more notable members of the CZRC was Kai Hagan, who lost his bid in last year”s election to serve a second term on the BOCC.

The spark that created the momentum in the first place was when the board at the time made a foolish attempt to change the Frederick County Zoning Ordinance into what many of us real estate types considered more of a huge set of restrictive land use covenants.

The board had hired a “consultant” who hailed from the Midwest, which made him credible.  He carried with him an impressive list of other Maryland counties where he had played a part in “transforming” their ordinances.

Among many of his ideas were such things as requiring that farmers obtain an architectural review and approval of any outbuildings that they may wish to build.  This review would be conducted by a local government appointed committee!

Another great idea that our commissioners bought to the table was to require the construction of earthen berms around the parking lots of car dealerships, so that one could not see the display of new and used cars.

A sense of outrage bubbled up from everywhere.  Farmers, automobile dealers and just about every professional in between showed up en mass to protest the unrealistic proposal that all believed would restrict uses, bog down processing and add costs to doing business in Frederick County.

This sparked the creation of a political group known as Defenders of Citizens Rights which later acted as a catalyst to change the faces of many BOCC members in the 2002 election.

Interestingly, after the word got out about the details of the ordinance, I took it upon myself to check the references of this transforming consultant.  Surprisingly, I learned that none of our County Commissioners ever contacted the other Maryland counties for a reference of the services for this “renowned” consultant.

What was even more bizarre was that our Buy voucher packagesIf one of your mates, your child or a relative wants to learn to drive, a voucher package from RED best-driving-school.com School can really help them on their way. elected officials would have learned that of the county officials I spoke to, all were dissatisfied with the end result.  Several had even taken steps to revert back to their previous zoning ordinances.

I must say, I truly enjoyed reading the quotes from the county officials (who were willing to let me share) to our commissioners.

As a gesture of accepting defeat in their effort to what truly would have made Frederick County a much less friendly place to do business, the BOCC agreed to establish a committee.  They appointed a diverse group of community minded individuals charged with developing ideas to revise the zoning ordinance into a realistic working policy.

This committee worked hard through the next administration, submitted their report, and as things typically go, the recommendations of the committee were shelved.

In a brilliant move, newly elected (and rookie) Commissioner Shreve, asked staff to pull the dusty document off the shelf to see if any of the old ideas could be used to assist in accomplishing today”s goal of making things more business friendly.

Turns out that from a real estate use perspective there were many.

Consider the fact that over years since the CZRC submitted its recommendation, subsequent boards of commissioners had pretty much eliminated much of the land zoned General Industrial (GI) throughout Frederick County.  At the same time the LI zone was converted from what was considered “Light” industrial uses to more “Limited” Industrial uses.

This created a situation where businesses that required a more heavy (dirty, as some may call it) use were faced with dealing with only a few of the lucky land owners/developers who were left with GI zoned land.

Economics 101 teaches us about the law of supply and demand … and to this day, those lucky landowners have had the advantage of driving GI land prices to excessive highs (even in this depressed real estate market).  Compare asking prices for GI in excess of $400,000 per acre verses prices in the mid-one hundreds for LI land.

Simple uses such as an auto repair shop have not been allowed in an LI zone without a special exception approval from the county.

In addition, outside storage of construction materials and equipment, while allowed in the GI, came at a much higher price in LI.  Such things as berming and heavy landscaping were placed on a site plan … even in cases where the adjoining property also stored similar materials.

Can you imagine how hard it would be for a property owner to stand in his storage yard … and God forbid, look upon an unobstructed view of a similar situation next door?

The county staff, in its effort to address the 235 items on the business friendly list, also considered the concerns of the homeowners as well.  Many have sought alternatives to addressing the needs of elderly and handicapped family members.

Two key changes were made to provide property owners the opportunity to build an accessory apartment onto a dwelling of up to 800 square feet.  In addition, in certain circumstances residential properties are now allowed to set a mobile home on site so as to provide family members with a home of their own, but still within steps of the caregivers.

Outside of land use issues, the commissioners decided to dig deeper into the details of what many considered a failed attempt by the last Board of Commissioners to create a “fast track” for processing permits.  Along with reducing or eliminating any number of onerous permit fees, they have actually streamlined the permitting process to speed things up along with staff members who have truly taken an interest in making the experience understandable and fast.

In my next post on this topic, I”ll take a deep look at an affordable housing initiative that could become a model for many failed programs around the nation — a public private partnership of sorts that will put the money developers set aside for such uses into a sustainable program that future generations can benefit from.  Exciting stuff!

Rocky Mackintosh, President, MacRo, Ltd., a Land and Commercial Real Estate firm based in Frederick, Maryland. He is an appointed member of the Frederick County Charter Board. He also writes forTheTentacle.com.