Relocating my land and commercial real estate offices has not been the easiest thing to do! 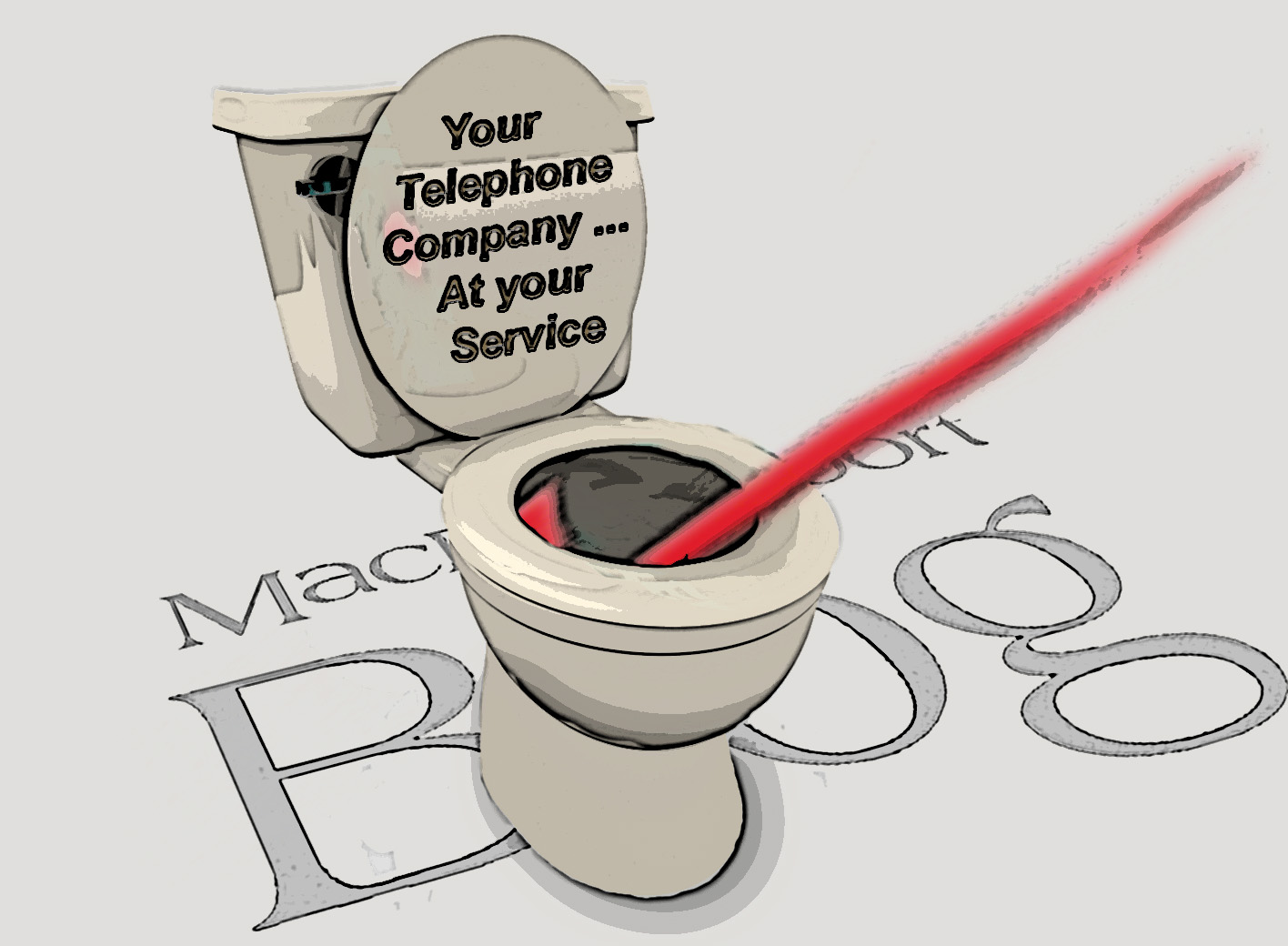 I understand that I’m not the only one who has ever experienced the frustration of trying to get Verizon to actually get something right … but they are a telephone company that boasts “Solutions for Any Business – Any Size.”

Last month after a long negotiation we sold our office building at 5210 Chairmans Court to Comstar Federal Credit Union, who will move their corporate offices from Germantown, Maryland to Frederick County.

We were able to strike a terrific deal for a new home for MacRo, Ltd. just around the corner in the new Westview Professional Office Building at 5100 Buckeystown Pike.

One would think that once a new address, suite number and a date have been established that the phone company would be able to handle a simple transfer to the new location.

In all fairness, due to circumstances that I won’t get into here, we  were only able to establish the actual suite number of our new space about 5 days before the move was to take place. So last Wednesday, with all the right information in hand our Executive Assistant Tammy Hoewing placed the call to place the order.  After a 30 minute wait to speak to a real person, she learned that the transfer would not be seamless, since they needed a week to ten days to complete the task.

Not to worry!!!   There will be no telephone service interruption she was told, because Verizon can forward all calls from 301-698-9696 line to a cell phone in the interim.

Since Tammy would be out of the office for several days after we moved, I agreed that the calls could roll over to my Sprint Blackberry phone for a day or two.

Well, the move took place this past Monday, and while we were focused on directing the traffic of furniture going out and coming in, we took very little notice of the fact that my cell had not been ringing.

But at the end of the day, I decided to check to see if that forwarding order was actually completed.

I called the line that Verizon was supposed to forward calls from and only got a fast busy signal!

I placed a call from my cell phone to Verizon, and after a 35 minute wait, a female technician answered.  She asked how she could help me (that was nice!).  I told her the story … after a long pause, a few placements on hold and a number of clarifying questions, she said she’d check into it and call me back soon.

Early the next morning the fast busy signal was still there.  Then at about 11 in the morning, I received a call from a nice guy at Verizon named Mike, who wanted to inform me that he was now on the case.

He said he had bad news for me.  He suspected that whomever processed the Call Forwarding order for Tammy last week, may have inadvertently authorized a telephone termination for our service.

I asked if that meant a possibility that the business telephone number that we have had for over 20 years was lost … and if so would we be able to get 301-698-9696 back.  He said that he wasn’t sure, but he was on it and would get back to me soon!  As I was about to ask for his phone extension, he was gone.

In a mild panic, I redialed the last Verizon number that was on my phone, punched a bunch of digital responses and found a live person in only 3 minutes!   I told the gentleman who answered that I just had a call from a guy named Mike and need to get back in touch with him.  Surprisingly, I was immediately transferred to “Mike.”

“Hey, Mike,” I said, “this is Rocky again, I’m glad I found you, as I want to make sure that I have your contact info so I don’t have to go through a hundred other people to get my problem solved.”

Mike said, “I’m sorry, Man, but I am not that Mike, I’m Mike with Maryland Verizon Business Sales, and I can’t help you at all.  You’re going have to call another number.”

So Mike gave me a number and I dialed away!

After a total of one hour and forty-two minutes on hold, I finally got through to another Verizon technician.

“Hallelujah,” I said.  He asked me to explain the issue (again!).  I was asked a few clarifying questions, and then he said, “OK, your order has been placed. Here’s your order number …”

I asked when he thought I’d get the issue resolved.  “Sir, I have no idea … all I do is place orders for customers.”   Call over.

OK, so it’s now Wednesday (Day 3 of no business service).

The morning starts out with an automated call from Verizon stating that phone service should be transferred to the new location Thursday afternoon.

OK, so that means that we may be back in business by Friday morning!  But what about that Call Forwarding in the meantime, I wondered?  Out of frustration, I just figured all was lost on that idea.

But surprisingly at about 10:30 a.m. I received a call from Ms. Boyd, a very friendly Verizon representative, who called to tell me that the order number I received yesterday was no longer valid … but not to worry,  she was now in charge of getting my calls forwarded to my cell phone.

“Wow!  Thank you!” I replied.  At this point, I’d given up and just wanted to see where this would take me!

She asked me to explain the situation, which I did … again!  After a pause, and being put on hold off and on for 20 minutes, she came back and told me that after review, this request can not be handled by her department … but she was going to transfer me to Mrs. Felicia Winston, who would surely get this worked out.

Felicia was so pleasant and so accommodating – a real gem in a sea of bureaucracy!   However, I felt so bad for her as he spent nearly an hour on the phone with me conferencing me in with one department after another as she attempted to find that one special person with the highly technical skills and authority to forward MacRo calls to my cell phone.  I told her over and over how much I appreciated her persistence.

But it was that 6th conference call that made my day!

Felicia told me that there was no need for her to stay on the line after she connected me with THE MAN who would answer my prayers!

She dropped off the line, and then I heard “Hello, how can I help you, this is Mike with Maryland Verizon Business Sales.”